Dentistry pay dividends in poor societies. The incidence of dental decay is related to that of heart disease and severe untreated caries is a cardiac risk. This was known by the Victorians but recently seems to have been forgotten. The Perverse Incentives in the dental contracts have all led to perverse behaviours. Why cannot the assessment be separated form the treatment, as in Medicine where a GP refers to a surgeon? A recent Times leader explains and is reproduced below. 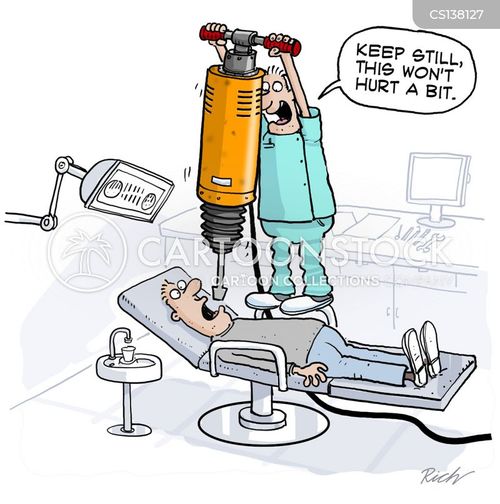 Dentistry now outside the Health Services for most of the nation

NHS losing billions to ‘fraud by doctors and dentists’

Trips to the dentist are unsettling enough already. That dentists are rushing patients out of the door in order to stack appointments high and maximise their income, as our investigation today reveals, is unlikely to calm anyone’s nerves.

Root canals, which save troublesome teeth, take twice as long as extractions but both procedures are worth three “units of dental activity” (UDA). Dentists are paid per UDA, so they are financially better off performing two extractions than one root canal. Some patients, therefore, end up losing teeth that they could have kept. Likewise, with a check-up counting as one UDA, some dentists are ploughing through their consultations to get through as many as possible.

The Department of Health needs to step in. A new sort of contract is clearly required to iron out perverse incentives. It could be modelled on the arrangement for GPs, who are paid according to the number of patients on their roster. The government should also consider capping the amount of appointments that dentists can heap into a day, to prevent such “conveyor-belt” dentistry. Regulators should also take responsibility for keeping dentists in check, not point the finger at each other.

Britain’s dental health could do with a check-up. More than 50,000 children have teeth removed each year, costing the NHS £20 million. The sugar tax proposed in George Osborne’s March budget will be a straightforward way of addressing both Britain’s obesity crisis and its dental problems. The new government must press ahead with the policy.

This may also help to level out the country’s staggering oral health inequalities. Unskilled workers are ten times likelier to be missing teeth than those in the professional class. The present regime for public dental health is clearly not working. It is time that legislators and regulators took a second bite at the apple.

Sir, The overwhelming majority of NHS dentists want to see the back of a contract that has failed patients and practitioners alike (“The great dental rip-off”, August 6). This article claims that dentists are putting profit before patients, when the reality is that this contract forces them to put government targets above all else. Either we hit our quotas, or we get penalised. Further, when we do more, we don’t get paid for it.

It’s a contract that rewards dentists for ticking boxes for treatment and repair, not for improving our patients’ oral health. It was meant to improve access to NHS dentistry and put prevention at the heart of the service, and it has failed. Sadly, the government seems unwilling to let go of activity targets. A watered-down version of this system won’t cut it. We need a contract that really puts prevention first.
Mick Armstrong
Chair, British Dental Association;
Henrik Overgaard-Nielsen
Chair, General dental practice committee, BDA

Sir, I am an NHS dentist and believe the current contract is the worst thing that has happened to NHS dentistry. Three UDAs [units of dental activity] are awarded for a course of treatment (including examination, x-rays, fillings, extractions and root canal), not for a single visit. A patient may need ten visits, and the payment will be the same as for one visit. Show me a builder who would build a ten-bedroom mansion for the same price as a one-bedroom flat. The majority of ethical NHS dentists struggle to provide good basic dentistry under the current system.
Mandy Hewitt
Ruddington, Nottingham

Sir, Dentists have been pleading with the government to change this system since it was imposed ten years ago.

This is why: the patient has a check-up, scale and polish, x-rays, preventive care and advice for one UDA (£25 on average). Once a treatment plan is agreed, the payment from the NHS to a dentist for all the treatment the patient needs to secure dental health, apart from crowns, is a further two UDAs: £50. Cost of two single-use rotary nickel titanium files for a root filling (essential): £20. Money remaining to cover all other costs: £30. Minimum time for a patient who requires a root filling: 40 minutes.

Each of my surgeries costs me about £94 an hour to run before I can make any profit.
Celia Burns
Wylde Green, Sutton Coldfield

Sir, Your report and editorial suggest that dentists can claim as many UDAs as they like. On the old system, dentists could earn more by carrying out more treatment, and the annual dental budget could only be estimated. The current contract was designed to allow a budget to be set in advance. Each dentist is contracted to carry out a certain number of UDAs a year. If a dentist exceeds the number of UDAs contracted to them they get no additional pay. If they fail to complete the contracted number, their fees are clawed back. The dentists have to tender for contracts each year. Whose fault is it if dentists are paid for a large number of UDAs?

However, to claim that the upper limit of patients is 30 per day is unrealistic. In the 1990s I used to work with three staffed surgeries and treated 70 to 80 patients a day. That would equate to more than 30,000 UDAs a year. On a four-day week, I hardly ever ran late.
William Eckhardt
Retired general dental practitioner
Haxey, S Yorks

Sir, In view of the “great dental rip-off”, will the cabinet secretary recommend that all dentists become economical with the tooth?
David lilley
Ashby de la Zouch, Leics