The bomb has actually gone off, but its on a slow burn. Elderly people cannot expect the same care as younger people, but they can expect honesty about what is and what is not available. The power of the bomb will increase over time, until many elderly people just die, either on trolleys or waiting….

The New Chief Medical Officer warn us that we are sitting on a demographic time bomb. Sophie Borland reports in the Daily Mail 11th Feb 2020.

Chris Whitty says drastic action is needed to cope with a surge in the number of patients aged over 65.

He points out that countryside districts and coastal towns with older populations are often poorly served by GPs, hospital clinics, ambulances and out-of-hours providers.

In his first interview since becoming England’s Chief Medical Officer in October, Professor Whitty proposes a series of radical solutions to our ageing crisis. Speaking to the Mail he explains how: 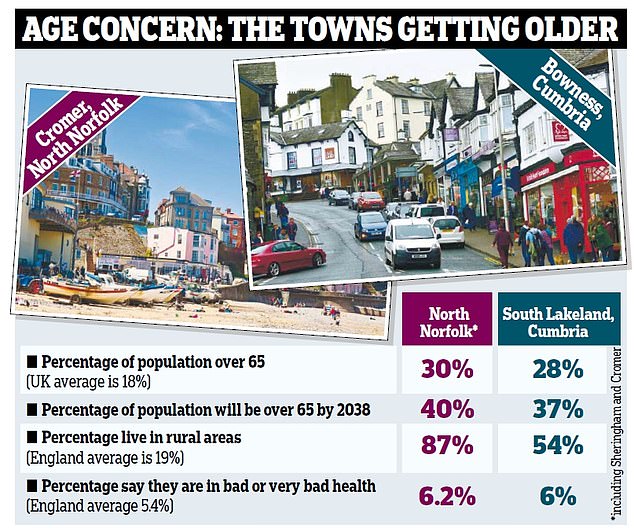 Professor Whitty, 53, is the Government’s top health adviser and his brief stretches from planning the response to coronavirus to drawing up key medical policies. But one of his most pressing concerns is how to meet the needs of the growing numbers of older patients with multiple illnesses.

Eighteen per cent of the population is over 65 but by 2038 this figure is expected to reach 24 per cent, nearly one in four.

It is predicted to be 40 per cent in North Norfolk by then and 37 per cent in the Lake District.

Other ageing hotspots are expected to be Rother in East Sussex (41 per cent) East Lindsey in Lincolnshire (37 per cent).

Professor Whitty says: ‘The ageing of the population of rural areas will occur much faster and there will be a much higher concentration of people who are older who therefore have more health needs in the rural areas.

‘We have to think about this both for now and also accordingly for the future, this is a future issue.

‘If we did nothing on this we will get to a situation where the burden of disease for the country – the number of people who are actually suffering from lots of long-term medical conditions – will go up and service delivery will stay where it is. The gap between what people need and what people get will widen.

‘We have under-appreciated how much in the future this is going to be an issue. This is predictable and it’s solvable, provided we take a long run at it.’

Professor Whitty, who took over the role from Dame Sally Davies in October, stresses that the increase in over-65s will result in many more patients suffering from multiple long-term conditions.

These could include dementia, cancer, diabetes, cataracts, heart disease and osteoporosis – bone thinning – and some of this diseases will aggravate one another.

Patients can end up having five or six different hospital outpatient clinics for each illness which Professor Whitty says is ‘neither good medicine, nor is it convenient for patients’.

To end this, he wants to reform doctors’ training so they are more generalist than specialist.

He says: ‘We’re talking particularly about hospital doctors, we need to make sure they retain their generalist skills.’

Professor Whitty also wants medical schools to be set up in some of the rural and coastal locations where populations are ageing the quickest.

He hopes that this will eventually result in more doctors – hospital consultants and GPs – practising in the areas of greatest need.

‘One of the things we need to look at it how we can incentivise GPs and other doctors to want to work in these areas both for current and also future need,’ he adds.

‘There’s just a service delivery challenge that we need to think about and work out what methods we can use to address that. Some areas are more remote than others – providing services in the Lake District will be more problematic just because of the geography.

‘It’s sufficiently predictable and sufficiently far in the future that if we start doing things now, we can start to address it. If we wait until the problem has hit us, which it undoubtedly will, it will be a lot harder to sort out.’

inisters must not let history ‘repeat itself’ by allowing children to get hooked on e-cigarettes, the Chief Medical Officer warned.

Professor Chris Whitty said that although the devices are ‘definitely safer’ than tobacco cigarettes, there remain question marks over their long-term harms.

And in a swipe at big tobacco firms – many of whom have moved into the e-cigarette market – he said he has ‘serious concerns’ about their ability ‘to addict people young’.

Several companies including British American Tobacco and Imperial Brands are investing heavily in vaping devices because tobacco smoking in the Western world is declining.

But some of their products appear to be brazenly marketed at children and popular e-cig flavourings include bubblegum, chocolate mint and butterscotch.

Professor Whitty told the Mail: ‘We need to make sure history does not repeat itself.

‘The test of whether a product is being targeted at children is if it starts to be increasingly used by children and that will lead to action. If e-cigarettes are increasing in children then we should assume that they are being marketed towards them or at least pushed on them in some way, and deal with that very, very strongly.’

Figures from NHS Digital last August showed 25 per cent of pupils aged 11 to 15 had used e-cigarettes, the same as in 2016.

But the figure had increased compared to 2014 when 22 per cent had tried them.

Professor Whitty said: ‘No-one would claim that e-cigarettes are safer than not smoking at all and so if you don’t smoke, don’t use an e-cigarette. He added that there is a ‘question mark’ about the long term effects of the flavours of some e-cigarettes.

‘If you’re just using them for a short period to come off cigarettes that isn’t such a concern, but obviously if they’re using them for long periods it can be, because we don’t know what the effect will be and we wont know for many years,’ he said. He also said he has ‘serious worries’ about tobacco firms’ ‘continuing ability’ to get youngsters hooked on ordinary cigarettes.

‘There are still children who are smoking and it’s not happening by accident. That’s an area we really need to look very seriously at.

‘The model of action for the cigarette industry is very straightforward. If you get people early, they get addicted to something which is going to kill them and then once they’re addicted, they say it’s all about choice.’ Professor Whitty is also looking at whether the thousands of cannabidiol (CBD) products on our high streets are safe amid concerns some may contain trace amounts of the the harmful tetrahydrocannabinol (THC).

Sales of the cannabis extract have doubled in the last two years. It is a legal substance derived from the marijuana plant and unlike the illegal THC – also obtained from the plant – doesn’t make you high.’

A Comparison of demographics and health spend between 1948 and today

Waiting times and Waiting Lists are a problem in all G8 countries. Comparisons are not meaningful. Demographics are outstripping all systems abilities to cope…..

Demographics – it seems as if rural areas are being occupied by more elderly. The implications for service delivery without rationing (overtly) are macabre.

Private: A denial of the demographics in planning: One in three now at risk as diabetes levels soar

Prince Philip’s care… “No room at the Inn” for us. You will be lucky to get a trolley, let alone a bed. Trusting the system to “do the right thing” just wont work. You need an advocate….

At first I thought my hospital (and it’s trolleys) was worse, but now I know they are all bad.. We must be off our trolleys to have let it get this bad. 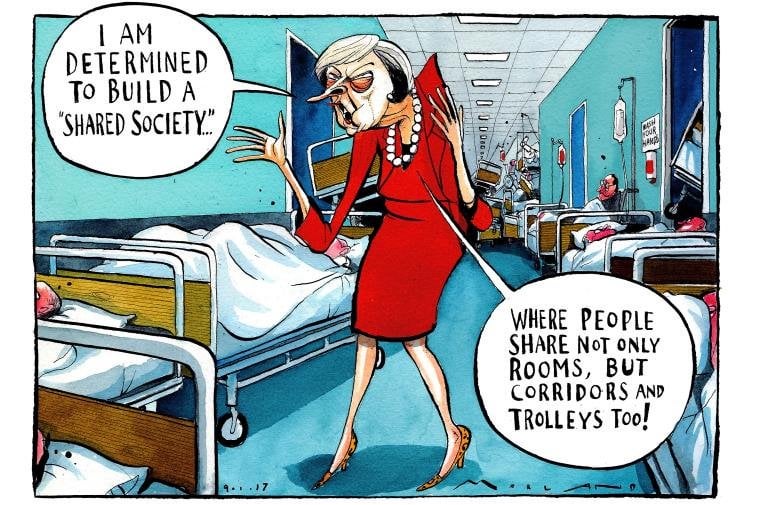