I was trained with and by the same teams as Nick Norwell whose letter points out the perverse incentives ever present in medicine. The dissonance is between over-treatment and investigation in the private system, or under-treatment and waiting lists in the state system. Elderly people are usually uninsurable, and so they have little choice. Thus they fall victim of any delay. The access to diagnostics is very important:

PET scans (positron emission tomography scans) are often done in conjunction with CT scans (computerized tomography scans) or MRI scans (magnetic resonance imaging scans). … An MRI scan can be used when your organ shape or blood vessels are in question, whereas PET scans will be used to see your body’s function.

But the relative number of these machines is very low in the UK, and often they are old and break down. There is not only a shortage of speedy access to imaging, but also a shortage of radiologists.

There will always be over-treatment, but what UK health service dependent patients are experiencing is slow, or under treatment, post code lottery of access, (even to private provision) and a failing fiasco of a broken down unfair system.

What better incentive to go privately if you know a delay could make your condition untreatable? Perhaps I need to drop the crusade? Legalising pot will be easier than reforming the (N) HS.

INSURERS IN CHARGE – The Times 18th November 2019
Sir, The article on health insurers overruling consultants on the best treatment for patients (news, Nov 18) illustrates the fundamental problem with private practice in the NHS. In private health insurance, money (and profit) is king. In private practice money, if not king, is at least prince regent. The health insurers take the money and hope to do nothing, while private doctors take the money, and attempt to show patients that they are getting value for their money.

When I lived in France many expat Brits would tell me, with wide-eyed wonder, of the speed with which their various ailments were dealt with, surgically or otherwise, under the French mixed private/insurance/state-funded healthcare system.

As a retired doctor I could not help wondering how many ohttps://www.thetimes.co.uk/article/insurers-overrule-consultants-on-best-treatment-for-patients-5g0tdmdvtf those treatments were really necessary. I remembered the advice of one of my teachers at medical school: use time as a therapeutic tool. For all its faults, the NHS is good at doing this, albeit usually by default not design.
Nicholas Norwell Newbury, Berks

The NHS does not have enough radiologists to keep patients safe, say three-in-four hospital imaging bosses  – Royal College of Radiologists 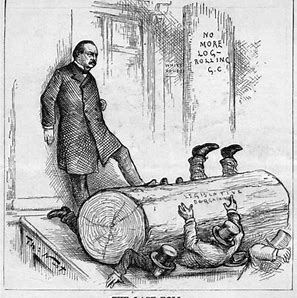