Nine3 patients per week suffer NHS blunders. This was reported in the Times 16th September 2019 (not on line) and in the Mail which adds that @ 270 patients a year have operations on the wrong limb or organ.

The Times report is below, but it surely applies only to England, and with the addition of the other 3 dispensations, which account for another 12 million people the figure might rise to over 300. Pity there is no NHS and no comparative figures. We also don’t know the comparable figures from the past for comparison. NHSreality believes that lack of teams and firms and continuity, lack of engagement, part time working, and reducing standards all contribute. How many are not reported as well? 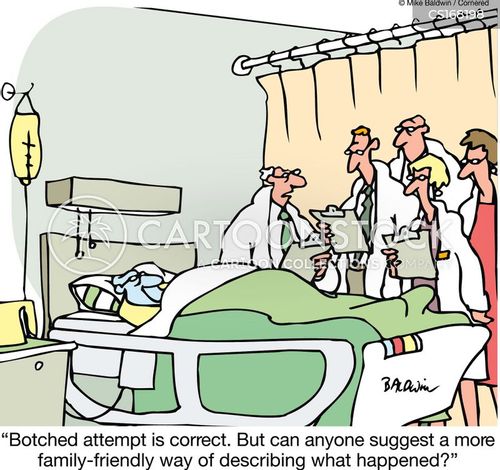 Hundreds of NHS patients have suffered from NHS blunders so serious that they should never happen, new data shows.

Some 629 “never events” – including operations on the wrong parts of the body and surgical tools being left inside patients occurred in NHS Hospitals between April last year and this july, the equivalent of nine patients per week.

Prof Derek Alderson, president of the royal college of surgeons, said such mistakes were “exceptionally traumatic for patients”, while the Patients Association described them as devastating.

The figures, obtained by the PA news agency are provisional. They revealed that several patients had procedures intended for someone else.

Barts Health NHS trust had the most errors, with 17, followed by Walsall Healthcare Trust with 13.

AN NHS spokesman said that such events were “thankfully extremely rare”, but had to be investigated and learnt from.

Mid Staffordshire NHS trust fined for ‘avoidable and tragic death’ – we may all need an advocate..

“Serious risk of collapse”. The BMA represents the majority of consultants and GPs thoughts, and not the Royal College of GPs (RCGP). We ALL need to worry. Its going to get worse, until we face up to reality.