When Oregon asked it’s citizens about rationing care, the answers that people gave about what they wished to exclude were embarrassing and difficult for the politicians to come to terms with. Abandoning babies under 28 weeks gestation was one of the choices made..

If the population at large were asked about drug dependency and treatment the result might be embarrassing. This is exactly why we have a representative democracy rather than a peoples democracy – or rather we had this until the recent plebiscite on Brexit – and John Strang, who was at Medical School with me, highlights a real issue. If we don’t fund this problem properly, we will be punished by the breakdown of law and order, by children being corrupted, and by many unnecessary deaths.

Is it a coincidence that many of these people don’t vote? If they were a majority (god forbid) then surely politicians would court their votes. Just as the very elderly in care don’t vote (much or for long) and their votes matter little, so with drug addicts?

he UK is experiencing a surge in fatalities from drug and alcohol misuse. Over the last five years overdose deaths from heroin and other opioids are up 50 per cent, though there has been no rise in heroin use. This is a public health crisis requiring a complete rethink of drug strategy to focus on reducing the harm to individuals and society.

Historically, Britain has led the way in drug policy that reduces harm, benefiting not only people with drug and alcohol problems but also their families and wider communities. Yet the debate about drug policy has become more polarised and party-political, with individual approaches now demonised or lionised.

Drug policy should be based on firm scientific evidence, not political ideology, to produce public good. Wrong decisions can produce harm, even beyond the harm from the drugs themselves. For example, if prohibiting access to needles fails to stop injecting and merely leads to increased sharing of used equipment, the result will be a marked increase in the transmission of diseases such as HIV and hepatitis C.

This realisation, in the late 1980s, led the Thatcher government to support the introduction of needle exchange schemes and promotion of messages to change injecting behaviour — a bold, science-informed policy decision that undoubtedly reduced the spread of HIV.

We now need to reorganise the way in which addiction services are provided and funded. A decade ago, we had networks of treatment and rehabilitation services working across health, social services and criminal justice. Today we have an eviscerated skeleton of services, divided by endless competitive tendering that sets one agency against another, with decisions made on the basis of unachievable promises of “cures” and “recovery”.

This “survival of the cheapest” approach, necessitated by savage budget cuts, reduces the quality as well as the quantity of services. Before 2013, budgets for treating people with substance misuse problems were ringfenced under the NHS budget. In 2013-14, the government moved responsibility for substance misuse services from the NHS to councils. Since then, spending has fallen by £63 million and the latest government figures suggest that alcohol and drug-related deaths have almost doubled.

What folly that, at a time when Britain is improving mental health services for adolescents and young adults, those with substance misuse problems are being excluded. 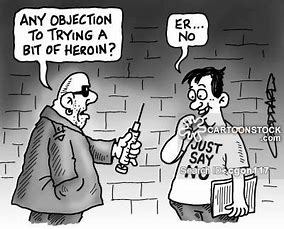