Across the four health services staff are demoralised and leaving. Bullying is endemic, and Scotland and its midwives are at least is trying to address this more actively.  Staff numbers are at their lowest, and Brexit will only make this worse. Most pregnancies are now to women over 30, and such a large proportion are “high risk” that midwifery led units are probably destined for extinction…. The NHS England site mouths platitudes like “participation is important”… for NHS staff, but those employed no longer believe it.

Laura Donnelly in in the Telegraph 27th March 2019: The number of NHS staff quitting over long hours trebles in the last 6 years.

Jane Dalton reports for the Independent today : One in four wards has dangerously low numbers of nurses..

The NHS in England could be short of 70,000 nurses and 7,000 GPs within five years unless urgent action is taken to address a growing staffing crisis, according to analysis by three leading health think tanks.

A report by The Nuffield Trust, Health Foundation and King’s Fund warns that existing nursing shortages could double and the shortfall of family doctors treble, without radical action.

The analysis says that urgent measures must be adopted in a new NHS workforce strategy to prevent the shortages from worsening, with a combination of international recruitment, student grants and innovation needed….. 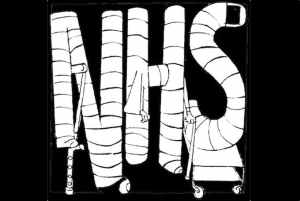