Lets get this clear: this is NOT about emergencies. It is about cold planned care. Since the “money moves with the patient”, and since Wales has not got enough money to pay up, Chester Hospital’s accounts will suffer. This is the reality. The whole situation represents the thin edge of a very large wedge. Health care as arranged today is unaffordable. We need to ration health care overtly so that everyone knows what part of the “wedge” is not available. It may be different parts to different people with different means. Should deserts based rationing apply? IS the large wedge being taken from the 4 health services similar to that the Americans have taken to Obamacare?

An English hospital will no longer treat patients from Wales except for in emergencies amid a row over funding.

Local doctors and officials expressed “disappointment” at the announcement, while the Welsh government said that it was “not acceptable” to limit access on financial grounds.

The Countess of Chester NHS Foundation Trust said that it had reluctantly decided to stop taking any patients living in Wales for planned care because of a gap between the work it was doing and the payment it was receiving. The hospital is only a ten-minute drive from the Welsh border, and many of its staff and about 20 per cent of its patients live in Wales.

Responsibility for the NHS in Wales is devolved to the Welsh government. Cross-border protocols are in place to govern how patients who live in one country but require treatment in the other should be dealt with, but payment arrangements are not always the same between the English and Welsh systems.

In October Sir Duncan Nichol, the Countess of Chester’s chairman, said that treating Welsh patients cost the hospital up to £4 million each year. Susan Gilby, the trust’s chief executive, said: “This is a national issue related to the highly complex NHS internal market. Discussions are ongoing between national leaders and we are hopeful that we will be able to return to accepting new referrals from our Welsh commissioners once national agreement has been reached.

“My first concern is patient safety. In order to ensure this the trust must be financially sustainable. To accept referrals without the appropriate funding would place our services and our patients at great risk.

“I and the trust board are not prepared to let this happen. This decision only affects patients who require planned consultations and who are not already on our waiting list. We will of course continue to provide high-quality care to all emergency and maternity patients.”

Mark Tami, MP for the Welsh constituency of Alyn and Deeside, said that he was “very concerned” about the hospital’s announcement. “The Countess of Chester was built to care for patients within its proximity, which included people in Flintshire. It’s very important that this continues to be the case,” he said.

Doctors at the Marches Medical Practice in Broughton, Wales, about seven miles from the hospital, told the BBC that they were “extremely disappointed that our patients could be adversely affected by this policy”.

A spokesman for the Welsh government said that it was engaging with health officials “to discuss cross-border payment arrangements”.

The spokesman added: “In the context of ongoing engagement, any actions taken by English providers to limit access for Welsh patients on financial grounds are unacceptable and not in the spirit of reaching a cross-border agreement with English NHS representatives.”

The Health Service is no longer National, and there is blatant financial rationing because Wales has not paid up!

Local Taxpayer Powers for MPs/Mayors – who else? What is National about breaking up the Health Services? 2015 NHSreality

What is National About the Health Services in the UK? I have thought of 10 areas…2015 NHSreality 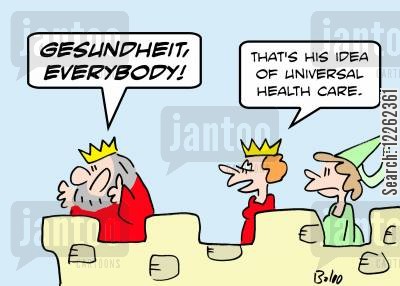