On October 14th Gillian Bowditch reported in Scotland for the Sunday Times: Scots NHS bosses are at heart of Greek tragedy – Management exodus is predictable given the self-inflicted financial wounds –

It is up there with spinning hair into gold. Accepting a position as an NHS manager is a job at which Sisyphus himself would balk. It used to be a task that was merely thankless; these days, it appears to be verging on the impossible.

Last week it was revealed that seven NHS chief executives had resigned in a matter of months, and that almost half of Scotland’s health boards were losing their most senior manager. Some have jumped, others have been pushed. Most are reported to be leaving without another job to go to.

NHS Grampian, NHS Tayside, NHS Borders, NHS Highland, NHS Orkney, the Golden Jubilee National Hospital and the State Hospital are looking for new bosses. If you are applying for the role, take your pick.

Do you go to the board that was forced to raid the charity teddy-bear fund to pay for a new IT system? Or do you opt for the one where bullying is said to be endemic? In terms of prudent financial management, there is not much to choose between them. Fiscal incontinence is a recurring theme.

The crisis in NHS management is entirely predictable and, indeed, predicted. Every health care system in the world is under pressure, but in Scotland, several factors have conspired to create the perfect storm.

Scotland splashes out on services such as free prescriptions and free care for the elderly, which England deems unaffordable. At the same time, enforced annual efficiency savings of 3% for several years in the face of growing demand for services have resulted in a system with little or no slack. Successive governments’ faith in stricter financial controls has ultimately proved to be naive.

Ministers will point to an increase in overall staff numbers, but when you break down the figures, administrative staff outnumber doctors and non-nursing medical staff by two to one. The NHS is being managed to death.

But the most pernicious factor has been the decision by government to interfere with the Barnett consequentials. Under the Barnett formula, if Westminster adds £10m to the pot, Scotland gets £1m without asking for it. The understanding has been that if the cash is generated by healthcare south of the border, it is spent on healthcare in Scotland. This link was broken for the first time under the SNP, and it has been broken more than once.

NHS spending in Scotland at £13bn a year accounts for about 40% of the total Scottish budget. The government insists it is committed to protecting the health service with record investment, and that it will increase the frontline NHS budget by almost £2bn by the end of this parliament.

According to the Conservatives, however, HM Treasury figures have shown a 9% increase in health spending in England compared with a 3.4% increase in Scotland between 2011-12 and 2015-16. Last year, Scottish health boards were asked to save £500m, 4.8% on average and a 65% increase in real terms on 2016.

We have now reached a point where the new health secretary, Jeane Freeman, has been forced to declare a £150m fiscal amnesty for badly managed health boards. In an acknowledgement that some health boards will never be able to repay their brokerage loans, which have been stacking up over time, she has abolished all the debt in a single sweep. There will be a clean slate for 2019-20.

It may be a pragmatic gesture, and the accompanying decision to move to three-year rolling budgets will give able financial controllers more flexibility. But boards unable to manage an annual budget are unlikely to find they can manage a three-year budget. It is also a slap in the face for managers in more prudent health boards who have absorbed huge amounts of stress to balance the books.

There is a democratic deficit within the NHS. The culture within management is often unhealthy, as shown by the regular concerns about bullying. NHS Highland, where four senior doctors have signed an open letter calling for intervention, and NHS Tayside are just the latest to have their dysfunctionality exposed. Senior managers, many of whom have come up through the nursing ranks, often act as though they are accountable to nobody.

At the same time, Scotland has a health service that is tightly controlled by politicians. Clinicians and managers are used to edicts from on high that increase their workload, distract doctors and nurses from the core job, rarely deliver the intended results, and come without any funding.

In an article I wrote for The Sunday Times in 2011, I quoted Margaret Hannah, then deputy director of public health in NHS Fife. At the time the Scottish NHS was facing the dreaded annual 3% efficiency savings.

“The evidence of history suggests this level of financial restraint within the NHS will prove impossible,” Hannah said at the time. “The sums will not add up. And the consequence may well be dramatic, enforced, permanent cuts in services in two or three years from now. Without radical innovation, this is a system in a state of terminal collapse”.

Sisyphus may find running the NHS beyond him, but you don’t have to be the Oracle at Delphi to work out what happens next. 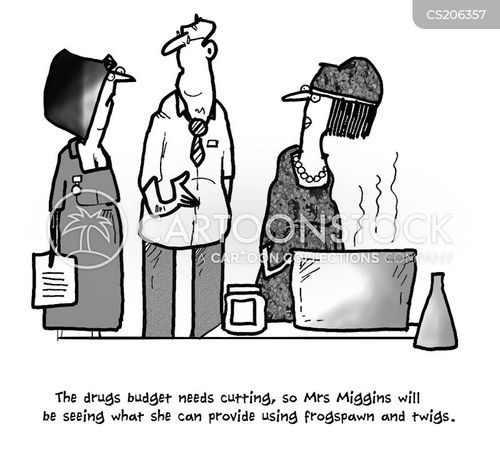