It appears that amelioration of covert rationing by volunteering is not to be encouraged.

Dennis Campbell in  the Guardian 4th December 2018 reports: Hospitals report warns against volunteers doing work of NHS staff – Study finds volunteers are vital but lack of clarity about limits of roles can lead to tensions

Volunteers play a vital role in hospitals such as by doing tea rounds and fetching medications but should never be required to do the work of trained staff, according to a report.

An estimated 78,000 volunteers perform a variety of roles in NHS hospitals across England. Richard Murray, the director of policy at the King’s Fund thinktank, which conducted the study, said that while it found frontline staff appreciated volunteers, that was “provided they were not being used as substitutes for paid staff”.

Patients appreciate the companionship, comfort and support volunteers can bring, according to the research. One of the almost 300 doctors, nurses and support staff interviewed said volunteers’ value lay in “bringing human kindness to a busy ward”.

Three out of four staff say volunteers help them care for patients, while almost a third believe they help free up their time to focus on clinical duties.

But the thinktank, which conducted the research for the Royal Voluntary Service (RVS) and the volunteering charity Helpforce, found that a lack of clarity about the limits of volunteers’ roles “could lead to tensions between staff and volunteers”.

Sir Tom Hughes-Hallett, the founder of Helpforce, said the ageing population meant hospitals would need greater numbers of volunteers in the near future, so the NHS should embrace their contribution.

Anna Chadwick, the lead dementia nurse at Mid Cheshire hospitals NHS trust, said RVS volunteers in its Leighton hospital in Crewe played a hugely valuable role. “The impact of volunteers giving their time to offer meaningful support to people who are unwell and often lonely and frightened is immeasurable,” she said. “The hospital environment can be overwhelming and a friendly face and chat can make the world of difference to a person’s experience.”

The NHS’s long-term plan is expected to map out how volunteers can help the health service and its staff cope with the challenges they face.

Matt Hancock, the health and social care secretary, said volunteers had been supporting patients in the NHS since its creation in 1948. “I want volunteering to be the norm across every NHS hospital, with volunteers given the tools they need to fit seamlessly into the organisations they are giving up their time to support, so that the public and clinicians can work side by side to deliver the best possible care to patients,” he said. 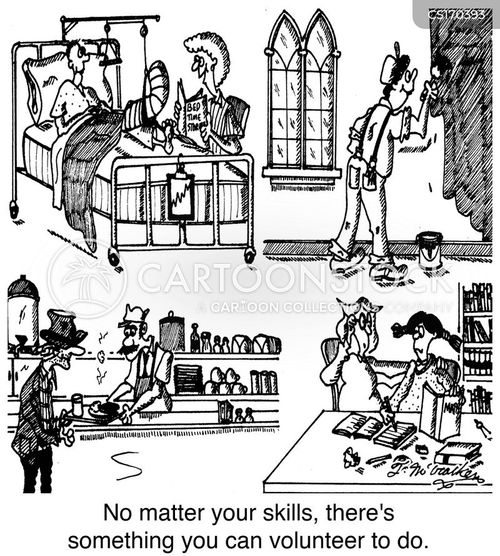