This leader is missing a vital point: that is that the 4 health services are not founded on a financial rock. Many retired people would “volunteer”, especially those who have specialist skills, if they felt that there was a long term future for the current arrangement. The basic philosophy is incorrect. By encouraging free health care as “Everything for everyone for ever” we encourage dependency and we discourage self sufficiency, which for the poorest means a bottle of paracetamol or some skin cream, and for the rich means buying faster treatment with lower complication rates in a two tier society. Voluntary action cannot save the health services (there is no NHS) but it might help delay the catharsis and bring closer the realisation that we have to change it. “Hard truths” are not considered the stuff that wins elections, but their time will come. Then there is confidentiality, legal responsibility and cover, all needing “no fault compensation”. And then the cultural change…. Is this suggestion another form of rationing?

The Times leader Sunday 26th August: How little platoons can save the overmighty NHS

The National Health Service, 70 years old this summer, is the standard-bearer for Britain’s welfare state but also the cuckoo in the nest. It is a source of national pride, much loved and admired by the public, but also a source of exasperation. Its regular winter crises and its struggles with issues such as bed-blocking by older patients and the inability in some cases to offer even a half-decent service — figures last week showed that one patient waited more than 62 hours for an ambulance — raise questions about whether taxpayers are getting the service they pay for.

They are certainly paying for it. The NHS’s “birthday present” — additional spending of more than £20bn a year by the early 2020s — will add to the cost of an NHS that already accounts for nearly a third of all spending on public services, up from 10% in the early 1950s, and costs roughly 12 times in real terms what it did when it was founded.

The financing of the NHS has gone well beyond anything Lord Beveridge envisaged in his 1942 report which provided the blueprint for the postwar welfare state. The NHS — large, monolithic and one of the biggest employers in the world — has also moved beyond Beveridge in another way.

His 1942 report was one of three he wrote during that decade, the others being Full Employment in a Free Society in 1944 and Voluntary Action in 1948. Before the welfare state was established, much healthcare and support for the poor were provided by a network of voluntary organisations. The system was patchy and thus fell short of the universal care that was provided in 1948 and has expanded hugely since.

Beveridge was clear that the welfare state and voluntary action should be complementary, writing that “the state, in organising security, should not stifle incentive, opportunity, responsibility” and should “leave room and encouragement for voluntary action by each individual”.

Today, as Sir Tom Hughes-Hallett writes in News Review, some are putting that into practice. HelpForce, which he founded, is along with other charities providing volunteer support to the NHS and it is making a difference. Volunteers who ring patients to remind them of their appointments to attend memory clinics have lifted the attendance rate from 15% to 100%. Motorbike enthusiasts act as volunteer couriers, shipping around blood and other essential supplies.

It is making a difference, but it could go much further. Most people do not even know they can volunteer in an NHS hospital. But, as Hughes-Hallett puts it: “I can imagine a Britain where millions of people are proud to be the HelpForce — a Britain where giving back to the NHS and other public services is ingrained in our social fabric, where you can expect companionship and support through your entire time in the health system and where communities support nurses and doctors.”

It is an attractive proposition. David Cameron, the former prime minister, meant well when he launched his Big Society initiative in 2010. Allowing people to organise and provide for their communities would, he suggested, represent “the biggest, most dramatic redistribution of power from elites in Whitehall to the man and woman on the street”. Overcentralisation and bureaucracy had, he said, turned too many public sector workers into the “disillusioned, weary puppets of government targets”.

It is an ambition and a criticism that remain valid but Mr Cameron was, in most respects, the worst person to launch it. Coming hard on the heels of the start of George Osborne’s austerity programme, it looked to some like an attempt to get public services delivered on the cheap. And, perhaps more importantly, the key to building a bigger voluntary contribution should be from the ground up, not from the top of government down.

That experiment should not, however, be a source of discouragement. As the experience of HelpForce demonstrates, people want to volunteer and find it fulfilling. Figures from the National Council for Voluntary Organisations show that 35% of men and 39% of women do formal voluntary work at least once a year. More than a fifth of both sexes volunteer once a month or more. There is also a huge untapped resource of people who do not currently volunteer but would like to do so.

There is an optimistic vision here of voluntary action, working in tandem with state-provided public services, to provide the care that our ageing population needs; pensioner numbers are set to increase by 9m over the next 50 years. It is a vision that fits perfectly with the Beveridge vision of the welfare state. And it is one that we should embrace. 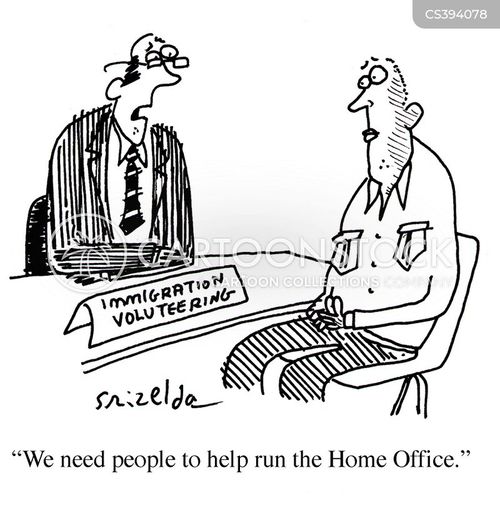