In the BBC Radio 4 “moral Maze” 20th June 2018,  the discussion is getting closer to the true concerns of health staff in the know. The protagonists are knowledgeable, and the programme is worth listening to, for all of us. Suggestions that “free at the point of use” is not a moral principle, notions of fairness, and togetherness, and a left wing GP who was not interested in looking at other systems. The differing views were well managed in the limited time, and Dr Niemitz repeatedly observed that other systems perform better, and that many of the phrases used by deniers are “shutting down the conversation”. Is there a mission for the NHS? If so does it need stating again, and reviewing in view of the pace of current advances in technology, the medicalisation of life, and the lack of autonomy in many communities in the UK?

In my own area democracy has been usurped. A new school is imposed using a language that not more than 10% of the residents support, and at the expense of other languages that would make the children more competitive in seeking jobs. The local hospital is threatened, and even if it was “saved” there would not be enough professionals to staff it. Money has been spent on cycle lanes that would better have been spent on duelling the main A40. There is no disincentive to make a claim on health, as opposed to dentistry and eyes. Social Care is means tested, so why not health care?

Meanwhile Laura Donelly in the Telegraph 23rd May reports “Patients should be charged for GP and hospital visits to fund NHS, leading doctors say.”

[PDF]Universal healthcare without the NHS – Institute of Economic Affairs  by Dr Kristian Niemietz.

The Welfare State we are in by James Bartholomew

The Sunday Times asks the question “Is tax and spend really the way to save the NHS?” in its leader 24th June 2018.

Patient care and safety are fundamental to the NHS, and scandals such as Gosport and the syringes are a reminder to politicians not to take for granted its status as a national treasure. Two years on from the Brexit vote the government remains mired in indecision, to the growing frustration of business. For a beleaguered prime minister, instead, it was far easier to show a bit of decisiveness by awarding tens of billions of extra cash to the NHS as a 70th-birthday present.

For prime ministers, spending more on the NHS has always been the easy bit. Whether the health service can make the best use of its additional funding — £20bn-plus for the NHS in England and nearly £25bn for the country as a whole by 2023-24 — is much harder. The NHS is a monolith, slow on its feet but greedy for funds, absorbing a third of all spending on public services, squeezing education, law and order, and defence. It employs 1.64m people across the UK.

Philip Hammond, in his Mansion House speech, said taxpayers would have to contribute “in a fair and balanced way” to the extra funding. Easier said than done. The tax burden is at its highest since the mid-1980s. What used to be easy revenue raisers, such as increasing fuel duty, are politically difficult. Through stealth taxes and explicit tax rises, Gordon Brown was able to find extra money for the NHS. Now it is harder, and that is no bad thing.

Tax-and-spend is never a good look for a Tory government. When John McDonnell, Labour’s Marxist shadow chancellor, rightly accuses the government of unfunded spending commitments, there is a problem. Voters may see this as evidence of the two parties converging.

While polls show an apparent willingness to pay more to fund the NHS, this should be taken with a pinch of salt. Voters see a health service apparently locked in crisis each winter and too big to be efficient. In a report commissioned by the health department, Lord Rose, former chief executive of Marks & Spencer, identified an NHS “drowning in bureaucracy”. The King’s Fund has described the NHS as “overly complex, over-regulating and generating substantial transaction costs”. Last year another report, led by Sir Michael Barber, called for a “change of culture” across public services, with incentives “which reward more and better for less, rather than bigger budgets and more staff”.

Mrs May’s commitment to extra funding for the NHS risks falling into a familiar trap. Unless money is conditional on efficiencies, the chances are that they will not happen. The think tank Reform argues for the Greater Manchester model of devolving NHS commissioning to local level to be adopted widely. It argues that 95% of NHS England’s budget could be devolved. Nothing so radical is likely. We know for certain that the NHS will get more money. We do not know if it will make it better.

and in the letters to the editor: May must be cured of her hospital tunnel vision

Camilla Cavendish’s NHS wish list (“How best to spend the NHS birthday bonus”, last week) hit the nail on the head in calling for more district nurses. Theresa May’s big NHS speech, though positive in large parts, made no mention of them. Sitting with the prime minister last week in that north London hospital room, having been invited there to watch, I was keen to remind her that hospitals are not the full extent of care.

She is not the only politician to suffer from hospital tunnel vision, a condition that has allowed the number of district nurses in the NHS to halve in the past eight years. Ministers cannot act surprised that hospitals are overwhelmed when services to keep us fit and well at home — district nurses and social care — have been pruned back. Jeremy Hunt, the health secretary, recently acknowledged the false economy of cutting social care. He must convince the prime minister on this point. Janet Davies, chief executive and general secretary, Royal College of Nursing

Critical condition
Cavendish is out of touch with reality. After the longest financial squeeze in history, the £20bn “bonus” will not even meet the 4% budget increase that independent analysis has suggested is needed to maintain current services, let alone offer new ones.

Increasing the number of district nurses and the level of community care for older people is a laudable aim, but the “seven-day NHS” is pie in the sky. Not only has the evidence on weekend mortality been discredited several times over, but we are currently 10,000 doctors short in the health service. With this government’s short-sighted immigration policy, we will struggle to recruit enough staff to fill the gaps that already exist.
Dr Samantha Batt-Rawden, chairwoman, the Doctors’ Association UK

Duty of care
For someone who worked as director of the No 10 policy unit, Cavendish seems poorly informed. GPs in hospitals? We already face a shortage of doctors, and for those we have, 60 to 70 patient contacts a day is the norm.

Primary care deals with 90% of NHS consultations for about 9% of its budget. GPs already “protect” consultants from millions of referrals for early, undifferentiated symptoms. To further deprive primary care of GPs would drive more patients to acute hospital services.

She also suggests seven-day services provided “not just by clinicians . . . but by staff such as physiotherapists and radiologists”. Workers in such professions will be surprised to discover that they are not clinicians and do not work at weekends.
David Oliver, consultant physician, Berkshire

Supply and demand
Cavendish could have added that some of the extra money should be spent on curing the epidemic of stupidity among many of those who are obese or abuse drink and drugs. It is the unnecessary demands on the NHS that are the real problem, and the solution is not simply more funding.
Peter Mickler, Newcastle upon Tyne

The Prime Minister Theresa May has announced a 70th birthday ‘present’ for the NHS: an extra £20bn a year by 2023, paid for in part by tax rises. It has been received with cries of ‘about time’ and ‘not enough.’ Other voices mutter that we are simply pouring good money after bad into a system that is broken. To go with the funding boost, the government has promised a 10-year plan that “tackles waste, reduces bureaucracy and eliminates unacceptable variation,” but sceptics say we’ve seen those promises before. With an ever-aging population and increasing pressures on the system, is it time for a fundamental re-appraisal of the NHS’s priorities? What is it actually for? Is the job of the NHS to help us when we get sick, or to keep us from getting sick in the first place? Do expensive treatments need to be rationed, and if so, how should we decide who gets them? The sickest, the youngest, the ones with the best chance of recovery or the ones who can’t afford to go private? The mantra of ‘free at the point of delivery’ embodies a fundamental moral principle that makes the NHS the envy of the world, according to many. Others believe it has turned our healthcare system into a religion – and delivered worse health outcomes than different systems in comparable countries. Ultimately, is it fair to ask those who look after their own health to pay for the treatment of those who don’t? Witnesses are James Bartholomew, Dr Brian Fisher, Caroline Abrahams and Dr Kristian Niemietz. 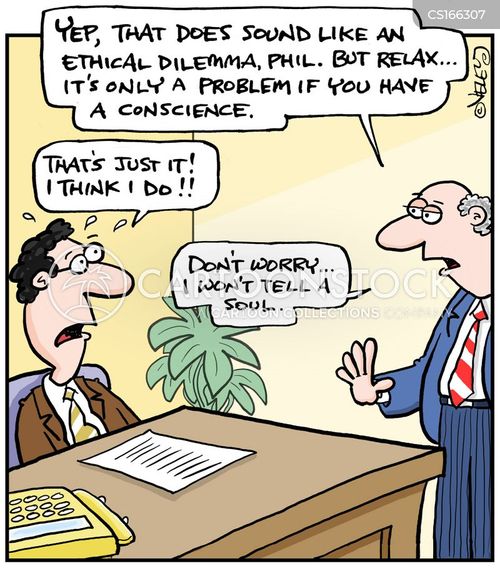