Mistakes are all part of medicine. We make small mistakes all the time, and the pressures of work are part of this lack of perfection. Medical students have always helped out on teaching hospital wards, and it is fake news to suggest this is new. What is new is if their work is unsupervised, and if patients have no choice to opt out. There are some people who will take 17 stabs at a vein, and some patients will have PTSD as a result… Choice is part of Liberal philosophy, as is a progressive tax system whereby inequalities are reduced, and the tax system enhances choices. Hypothecated taxation could well be regressive rather than progressive, it could increase post-code rationing, and unless it is applied allied with an identity card, and fees are related to wealth as well as income, it may come to be regarded as grossly “unfair”. The German two tier insurance system would be better, as it is only a small percentage of high earners who get the extras, and these are not related to medical outcomes: rather to choice, comfort and convenience.. Pithed Politicians have an invidious choice: they have to choose what is less divisive, less regressive, and less unequal. Whatever they choose will be “unfair” to some, but they need to avoid the mistake of introducing a new system and of it being unsupervised. Even Iran has studied this more openly than the UK.

In a deserts based system where co-payments are related to means, infrequent attenders who kept healthy and looked after their own needs would pay more, but less frequently.. Impoverished frequent attenders would pay less, but more often. There could be a rewards system for reducing attendance, and there could be increasing fees for multiple attendees/families. There could be tax exempt savings (Health ISAs) to encourage thrift, with tax relief on health related savings accounts.

Another winter, another NHS crisis. With operations cancelled and ambulances queueing outside hospitals, the prime minister has already been forced to apologise to patients. Last week 68 consultants in charge of accident and emergency departments warned that people were dying “prematurely” in corridors because beds are full. Medical students are being asked to fill the staffing gaps. This is not just “shroud-waving” by health professionals or scaremongering by opposition MPs, but the result of a genuine demographic change.

The NHS crisis is really a social care crisis, created by an ageing population and exacerbated by government cuts. Although health service budgets have been ring-fenced since 2010, there has been a £6 billion reduction in spending on social care and an entirely related 50 per cent rise in the numbers of elderly people stuck in hospital because there is nowhere for them to go in the community.

Over the past decade, 929 care homes have closed and more than 30,000 places have been lost because providers can no longer afford to operate on the money they receive from the state. On average, local authorities pay £486 per week for residential care, while the typical private user is charged £700. At least one council pays a shocking £2.31 an hour to providers. Care blackspots have developed in poor areas where there are not enough wealthier “self-funders” to cross-subsidise the places paid for by the government. This is a market that is being broken by its state users at a time when the Conservative Party is calling for a more responsible capitalism.

Jeremy Hunt, the health secretary, has persuaded the prime minister to add “social care” to his job title, but the money to pay for this essential service remains at the Ministry for Housing, Communities and Local Government, which is absurd. If the rebranding is to be more than a change to the headed paper, then the budget must also be transferred to Mr Hunt. The NHS, rather than councils, should then be put in charge of commissioning social care. In Greater Manchester, where this has already happened, the service has improved dramatically while money has been saved. Delayed discharges have almost halved and A&E visits are stable, with GPs visiting care homes to reduce the number of ambulances called. The partnership has approved a pay rise for care workers to avert a recruitment crisis, but is still running a surplus.

It costs about £250 a day for someone to be on a hospital ward and £100 for a domiciliary care package, so there is a motive for the NHS to help elderly people to go home. If local authorities are funding social care, they have a perverse incentive to transfer the cost to hospitals.

Whatever happens, the Treasury will have to find more money. Care homes should be paid the true cost of the service they provide, rather than having to rely on private self-funders to top up the public sector contribution through what is in effect a stealth tax on those who are unlucky enough to need expensive residential care.

Most importantly, the government needs to address the complete unpredictability of the cost for families. Although half of us will end up spending less than £20,000 on our care, one in ten will have care costs of more than £100,000. The Tories like to say that they support those who “work hard and do the right thing” but old age is quite literally a condition lottery in which those with cancer have their treatment funded by the NHS while those with Alzheimer’s have to pay for the cost of their care.

In her first conference speech as prime minister, Theresa May argued: “The state exists to provide what individual people, communities and markets cannot.” It’s hard to think of a more perfect example than social care. The only fair solution is to pool the risk between as great a number of people as possible so that everybody loses something but nobody loses everything.

The prime minister is nervous of championing reform after her disastrous manifesto pledge, dubbed the “dementia tax”. But the problem with the policy drawn up by Nick Timothy was that it raised the prospect of higher charges while failing to pool the risk. That was why Mr Hunt emailed No 10 as soon as he saw the plan (the day before the manifesto launch) to warn it was a “disaster”. With the health secretary now in charge of the green paper, due out this summer, the government will surely return to the idea of a cap on care costs, with anything above the agreed level funded by the state. Indeed, Sir Andrew Dilnot, whose commission first proposed such a scheme in 2011, has been appointed to an expert panel advising on the future of social care.

It will then be a political decision how to pay for the change. One option is to take the money out of people’s estates after they die, but this looks dangerously like the Labour plan condemned by Tories as a “death tax”. The government could raise some of the cash by means-testing pensioner benefits such as the winter fuel allowance and ending the pension triple lock but this has been ruled out by the power-sharing agreement with the DUP.

Mr Hunt is among a growing number of Tories attracted to the idea of a hypothecated health and social care levy as a way of making tax rises more palatable to the public. Last week Nick Boles, the former planning minister, proposed turning national insurance into a ring-fenced health tax. Oliver Letwin is a fan of the plan and Lord Macpherson of Earl’s Court, the former permanent secretary to the Treasury, which traditionally opposes hypothecation, has been won round to the idea.

Sarah Wollaston, the Conservative chairwoman of the health select committee, believes national insurance should also be extended to those beyond retirement age, who are presently exempt, in order to increase the money raised for health and social care. There could be a higher rate for older workers, as in Japan, which has an additional levy paid by those over 40.

Although sources say Mr Hunt is not “wedded” to the idea, he is “open to all the options”, including a dedicated tax, because he knows more money needs to be found. There would be widespread support for it on the Labour and Liberal Democrat benches.

With the number of people over 85 set to double by 2039, social care is now a much more pressing spending priority than reducing university tuition fees. There is no time for another royal commission, nor is there any need for one. A political consensus is emerging about what has to be done. It just needs courage and leadership to see it through. With nothing to lose after his reshuffle showdown, Mr Hunt is willing to be brave. The only question is whether the prime minister has the authority to back him up. Medical students are asked to help out in crisis-hit hospitals

Medical students have been asked to help out in overstretched hospital wards to deal with the winter backlog. The request came as leaders of Britain’s 220,000 doctors warned of a crisis in the NHS, which they said would get…

Hypothecated taxation and the NHS – CentreForum (2014)

Hypothecated taxation is not the answer, and Brexit may “finish off” the UK Health services.

Hypothecated taxation? A separate NHS tax would rein in spending

The NHS can no longer provide everything to everyone, and we should “Look abroad for serious solutions to the NHS crisis”.

Laura Kuensberg comments for the BBC News 11th Jan 2018: Time for an answer on the NHS? 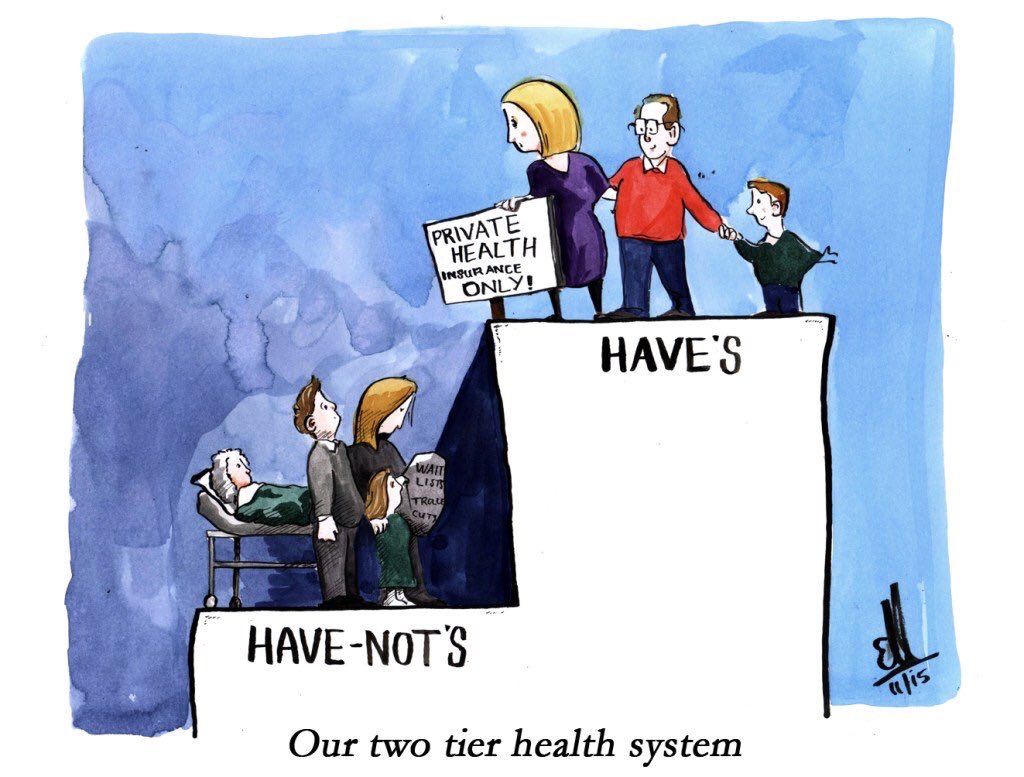