One of the most remarkable achievements of medical science in my lifetime has been the treatment of Aids. In the final decades of the last millennium, contracting HIV was a death sentence. Victims would be lucky to survive ten years after infection. The virus, which seemed a cruel punishment for intimacy, terrified a generation. Then the science kicked in.

In 1996, antiretroviral drugs were developed that slowed the condition’s progress. Steadily, the therapy was enhanced and improved. Today, sufferers can expect to lead a full life. Research by the University of Bristol found that a 20-year-old starting treatment can now live to 67.

But there’s a catch. Progress like that does not come cheap. The lifetime cost for treating one HIV-infected individual averages about £300,000.

With the National Health Service in crisis again this winter, scrambling for beds, cancelling operations and begging for emergency funding, it is worth remembering that Britain’s cherished but struggling healthcare system is a victim of its own success. In the early 1990s, an HIV patient would have died shortly after becoming ill. Dear as the human cost may have been, the financial burden on the NHS was minimal. In medicine, success is expensive.

Medical advance is the overlooked burden on the NHS. When people talk about funding pressures, conversation tends to revert to demographics — the increasing health-related demands of an ageing population. But that’s a small part of the problem.

According to the Office for Budget Responsibility, spending on healthcare will increase by 5.8 percentage points of GDP over the next 50 years, adding £110 billion to the annual £155 billion bill in today’s money. Of that increase, all of which comes on top of higher spending owing to economic growth, only a fifth is related to the greying population. The bulk is down to medical advances and the rise of chronic conditions.

It doesn’t take a brain surgeon to realise that there is an impossible dilemma here. The better the NHS is, the more unaffordable it becomes. On the OBR’s projections, all else being equal, the basic rate of income tax would have to rise from 20p to 45p to cover the added cost, making Britain one of the highest-taxed countries in the world. The OBR is not even overstating things. In the first 16 years of this millennium, public spending on health as a share of GDP has risen by three percentage points.

There is a tendency to assume that the British state spends less on health than other countries, so the answer is simply to play catch up, but the argument does not stack up. Public spending on health is above the average of the Organisation for Economic Co-operation and Development, a club of 35 rich nations, as John Appleby, chief economist at the Nuffield Trust, points out.

Germany and France are the OECD standard-bearers, but the additional £35 billion a year today that would put the UK at the top of the pack would buy only 20 years on the OBR’s forecasts before the same cycle of winter crises started up again.

Ultimately, there is no escape from the difficult decisions ahead. The NHS is like a tumour on the public finances, expanding so aggressively that it threatens to kill other organs of state without the palliative of ever escalating taxes. We can hope for a miracle. Gene therapy or other innovations one day may provide cures for conditions that at present require expensive long-term treatment, such as HIV and cancer.

Yet it’s only a glimmer of hope. Far more likely is that one day the government will have to make compromises, as Christine Lagarde, managing director of the International Monetary Fund, hinted last month. “Like many advanced economies, population ageing is expected to lead to material increases in spending on healthcare,” she said. “The UK may in future face difficult decisions about the size of the public sector and the mode of delivery and financing of public services.”

It will be that binary. Do we want higher taxes (taxes are already as high as they have been in 36 years), or do we want to ration public healthcare provision, handing more to the private sector? Lurching from crisis to crisis winter after winter is not a solution. Besides, the compromises are happening already.

This week, NHS England took the drastic action of halting all elective surgery until February to cope with emergency care. Portsmouth’s Queen Alexandra Hospital has had a similar arrangement in place since October. Acute care is being given priority, as any reasonable person would expect. If a patient with a non-urgent condition wants surgery, they can wait or go private.

Clinical commissioning groups in Hertfordshire have gone a step further, barring routine operations for obese patients and smokers until they lose weight or quit to “free up limited NHS resources for priority treatment”, provoking a stand-off between budget-conscious managers and surgeons who cannot square such an exclusionary policy with NHS principles.

Some doctors think this is a straw in the wind. Waiting times for elective surgery will grow longer, they reckon, with figures fudged by shuffling patients through assessment centres until more patients opt for private treatment. Gradually, the NHS will save money by limiting cover for
non-life-threatening conditions such as orthopaedics or dermatology, in the way dentistry is rationed.

Dentistry was free for three years until charges were introduced in 1951. In the past decade, access and funding has shrunk, forcing patients to wait longer or pay up. As for dentists, NHS provision may be reduced covertly to ensure that essential healthcare remains free at the point of delivery. Better more privatisation than the Canadian approach of charging for drugs, though. For all the wailing about selling off the NHS, private spending on health is greater in France than the UK. Better still would be a formal policy if provision is to be limited — but the politics is too sensitive.

In any case, it won’t happen yet. The chancellor lobbed an extra £6.3 billion at the NHS for the next five years in November and Tim Briggs, a senior surgeon, has drawn up proposals that could save hundreds of millions of pounds every year by improving efficiency. But a reckoning is coming. The NHS’s success demands it.

Philip Aldrick is Economics Editor of The Times

Sir, Your leader (“An Ill Wind”, Jan 4) is right to consider alternative health funding models. Social insurance with a voluntary top-up was the system that Sir William Beveridge envisaged in 1941. Nye Bevan, in rejecting this model in 1947, nationalised healthcare and left the NHS precariously dependent on tax funding.

The major difference between the NHS and many other systems is the proportion of voluntary self-funding, or “top-up”. This does not equate to private insurance or privatisation but it does empower individuals to decide where the tax they pay goes; extra voluntary payments for medical or hotel services are used to their good and reinvested for everyone else’s benefit in NHS facilities and care. Or, by seeking care with independent, charitable or private providers, patients may remove themselves partially at their own expense from NHS waiting lists. In both scenarios, “new” money becomes available without costing taxpayers anything.

It is only when we stop talking about the NHS as the “envy of the world” and look at how other systems fund healthcare that we will realise that there are practical, workable, politically acceptable solutions that require neither more tax nor privatisation.
Christoph Lees, MD, MRCOG
NHS consultant obstetrician and maternal-fetal medicine subspecialist, London W14

Sir, Lord Crisp (letter, Jan 5) defines precisely the choice facing us. It is my privilege to be chairman of one of the best-performing acute care trusts in the NHS, staffed by the most professional people I have ever met. They are, however, toiling in an overall organisation that is unfit for purpose. Although extra cash for the NHS would obviously be helpful, there is probably no realistic sum of additional money that might enable the present structure to deliver the standard of care to which the nation aspires. There was much to commend in the NHS five-year forward view and the sustainability and transformation plans. However, the commitment of resources needed to deliver these plans has been minimal in relation to the scale of change required.
Peter Hollins
Chairman, University Hospital Southampton NHS Foundation Trust

Sir, There is little doubt that some of the strain on general practice can be put down to greater demand for services but this is not supported by the average number of patients seen by a GP in any day. The figure remains at 40, much the same as it was 30 years ago. The range of conditions, their complexity and even the demographics have changed little. Certainly there are many more elderly patients but a generation ago many were considered to be aged and often infirm past the age of 65 years, whereas those in that age group are now bracketed as being in their prime. 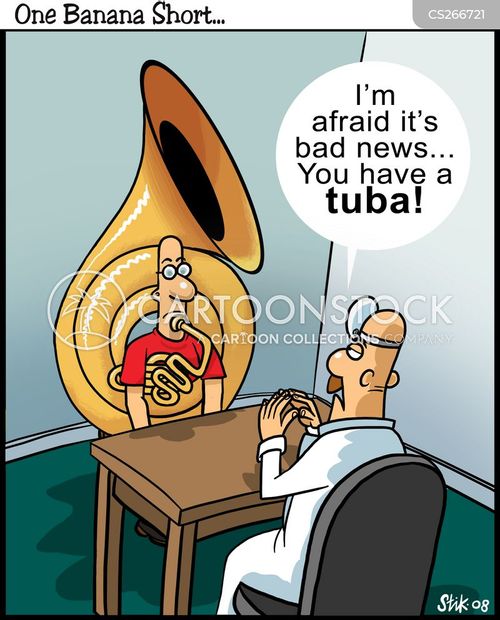