The Times second leader 20th December is telling, not only that health is second, after defence, but also in telling the truth.  Apart from the fact that there is no NHS, NHSreality concurs on every point. Doctors are “stressed out”. What is omitted is the increasing numbers of women as a percentage of the whole, many of whom go part time. Postgraduate entry would address this gender inequality. As we move further into the understaffing crisis, and those with means elect to go privately in a default 2 tier system, those rejected, in applying to all the medical professions over the last 30 years, should be asking why?.. Even within training we are seeing omissions. The poor results for infant mortality compared to our peers is a result of only half of GPs getting Paediatric experience. A six month post is unnecessary, and 3 month posts could double paediatric exposure. It is not enough to get all children to see paediatricians immediately, as there are not enough of them either. Overseas doctors are declining after the Brexit vote, but many of these will have been trained privately overseas…. the assumption that our medical workforce is there on merit also needs challenging. Our whole manpower system needs re-planning and depoliticising, and to take away the perverse incentives for short term planning..

The NHS is facing an understaffing crisis. A report from the General Medical Council highlights three developments, each of them a surmountable problem on its own, but indicative of a looming problem when taken together.

First, the United Kingdom is deeply dependent on doctors and other healthcare workers who have qualified abroad. In some fields and some geographical areas this is both acute and dramatic. For example, more than half the workforce in obstetrics and gynaecology, and almost half of the nation’s psychiatrists are currently non-UK graduates. Meanwhile, in the east of England, 43 per cent of doctors are not UK graduates. In the West Midlands, 41 per cent are not. In the East Midlands, the figure is 38 per cent.

Britain is an attractive country in which to live and work so it is scarcely surprising that many doctors, who are often relatively young and mobile, wish to do so. Yet an attendant problem is that they wish to do so less and less. Perhaps due to a change in atmosphere since the EU referendum, or perhaps merely due to the falling pound, the number of foreign-trained doctors working in Britain is decreasing, not rising. Between 2011 and 2017, the number of foreign graduates on the medical register has shrunk by 6,000, with the fall coming not only from the EU but also south Asia.

Meanwhile the need for doctors is growing swiftly. Although the number of doctors working in Britain is increasing slowly, thanks to domestic recruitment, the demands of healthcare are rising even more quickly. England, for example, has experienced a 27 per cent increase in patients visiting accident and emergency in the past five years. This places a heavy toll on doctors and other healthcare workers, which in turn makes them less likely to remain in the profession.

Jeremy Hunt, the health secretary, attracted censure when he banged a drum for more British doctors in his party conference speech, but he was right to do so. There is nothing discriminatory about making public services sustainable and if doctors are reluctant to come from elsewhere, they will have to come from here. The Department of Health’s plan to add up to 1,500 more medical training places each year from September 2018 is therefore welcome. The creation of more places should be accompanied by incentives to take them up and to stay beyond the training. This could include easing the burden on junior doctors by providing more training opportunities.

There is also a need to look beyond doctors and traditional nursing roles. The Department of Health should consider a drive to expand the workforce by training more clinical pharmacists, physician associates, and nurses with the ability to prescribe medicines. That would leave junior doctors more time to spend caring for patients and undergoing training, and would lighten their administrative burden. In addition, such a step would provide further incentives for prospective doctors, many of whom are discouraged by rumours of a gruelling lifestyle.

The government is waking up to the need to plan for the staffing of the health service in five to ten years’ time, but there is much more to do if ministers are to fill vacancies quickly enough. There will be little point in giving the NHS its notional extra £350 million a week if there are no staff to spend it on.

Doctors who trained abroad account for almost half of all those working in parts of the UK as the profession faces “crunch point” and more young doctors take time out due to stress.

The General Medical Council’s annual report said that many regions and specialities relied on foreign-trained doctors, who could leave the UK. It added that there were too few doctors to treat rising numbers of patients, and doctors were being “pushed beyond their limits”.

The State of Medical Education and Practice showed that 54 per cent of junior doctors took a break after finishing foundation training, a rise from 30 per cent in 2012. “Goodwill and commitment to always go the extra mile” kept the NHS running, it said. “This level of sacrifice is neither right nor sustainable.”

The number of doctors on the medical register has grown by 2 per cent since 2012. Over the same period in England there has been a 27 per cent increase in patients going to A&E, and the GMC said that an ageing population was putting pressure on services.

While the number of UK graduates on the medical register rose by more than 10,700 between 2012 and this year, the rise was offset by a fall of 6,000 in foreign-trained doctors.

Charlie Massey, chief executive of the GMC, said: “We have reached a crucial moment — a crunch point — in the development of the workforce. The decisions that we make over the next five years will determine whether it can meet these demands.”

A fifth of doctors in training said they felt short of sleep while working. In 2014, when 43 per cent of new doctors took a break from training, 22 per cent took a one-year break and 8 per cent took a two-year break. Others may never return. More than half of those taking a break said that it was because of burnout, and most wanted a better work-life balance.

The GMC said that reducing the pressure on doctors and improving the culture and making jobs and training more flexible would be vital to recruiting and retaining doctors.

About 14 per cent of doctors in the UK trained in south Asia, but their numbers have dropped by 7 per cent since 2012. The number of doctors from Africa, Australia, New Zealand and North America also fell.

The Department of Health said: “The NHS has a record number of doctors — 14,900 more since May 2010 — and we are committed to supporting them by expanding the number of training places by 25 per cent.” The department was working to improve retention, it added.

BEYOND THE STORY
The health service turned to Britain’s former colonies in South Asia during labour shortages in the 1960s and again in the 2000s when there were too few homegrown recruits.

Today, too, it leans heavily on overseas doctors. A third of doctors in the NHS trained outside the United Kingdom. The reliance has raised concerns that the NHS may be fuelling a “brain drain” in poorer countries where doctors are desperately needed, although others argue that training in the UK can improve those doctors’ skills.

It comes down to the simple fact that the UK does not train enough doctors to meet the demands of its population.

Historically, NHS workforce planning has suffered because it needs to happen over a much longer period than the average lifespan of a government. Last week Health Education England set out the first NHS staffing plan in 25 years, admitting that 190,000 extra frontline staff would be needed.

But in Portugal child mortality has improved 76 per cent and by 61 per cent in Ireland.

Professor Sarah Neill of Northampton University, said: ‘Infection is a major cause of avoidable childhood deaths in the UK, particularly in the under-fives, yet we know little about the factors that influence when children are admitted to hospital.’ … 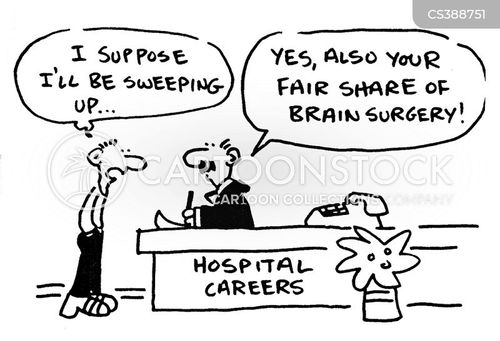