The first duty of government is the defence and internal security of the realm, and the institute of law. After this individual health and social care ranks very high, especially amongst the elderly and voters. Successive governments are reducing expenditure in all these areas, and we all know the reasons why. Better to come clean and ration overtly than to pretend …. Despite the Observer recommendation, it appears civil unrest is preferred to a fair, overtly rationed, health service. Unrest is likely to become a reality… In areas without a tertiary centre, and where an underfunded DGH is the only option, standards are falling. Private care is thriving, and the health divide is widening.

Sarah Kate-Templeton in the Sunday Times 26th November 2017 reports: Coat hangers to be drip stands in make-do NHS – Doctors fear the backbone of the service is about to be broken as they warn of running out of equipment and having to make do

Hospitals will be so short of beds this ­winter that doctors will have to resort to making drip stands out of coat hangers, the president of the Society for Acute Medicine has warned.

Dr Nick Scriven, who represents ­doctors working on wards where patients are admitted from A&E or referred as emergencies by their GP, said NHS England bosses had admitted that only 1,000 of the 2,000-3,000 extra beds needed this winter had been freed up.

Scriven said: “NHS England estimated that it needed to free up 2,400 beds this winter, but current estimates are that less than 1,000 of these have been achieved.

“Hospitals will run out of things like drip stands, so they will be putting bags of fluids above the beds, hanging them on coat hangers and that sort of thing.”

Scriven said hospital doctors are ­bracing themselves to “patch together safe care . . . but there is a real sense of foreboding that this may be the winter that finally breaks the backbone of the service”.

He added that Britain did not have a big flu outbreak last year, and that if the levels of infection experienced in Australasia this year are repeated here, “the system will be swamped as never before”. 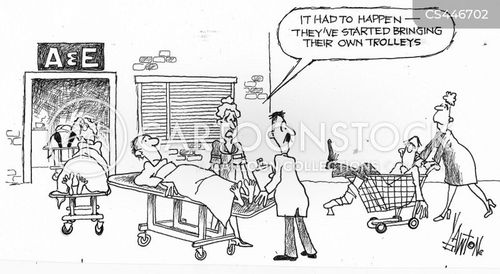 Scriven does not believe the extra £2.8bn for the NHS announced in the budget will make a significant difference to overcrowding in hospitals this winter.

Last week Dr Helen Stokes-Lampard, chairwoman of the Royal College of ­General Practitioners, warned that for every patient queuing in A&E, hundreds more will be unable to get a GP appointment when they need it.

Stokes-Lampard told The Sunday Times: “However unpleasant it is to be left on a trolley, for every patient left on a trolley there will be hundreds struggling to get an appointment with their GP.

“A patient struggling to get a GP appointment will go unnoticed, whereas those queuing out the doors in A&E are a very visible symbol of the problem.

“GPs will do everything they can to ­prioritise the urgent care, but what gets pushed back is the chronic disease. ­Conditions that could wait a few days but that are waiting weeks may start bringing in additional risks.”

NHS England said: “Latest data shows more beds were available in September than in the same month last year due to the action taken to reduce delayed transfers of care. In the coming weeks, all local NHS bodies need to continue with this progress, focusing on ensuring patients do not wait unnecessarily in hospital.”

Broken pen
When Pauline Larwood choked on her steak in an American restaurant, Dr Royce Johnson tried the Heimlich manoeuvre — without success. He then performed an emergency tracheotomy, using a steak knife to make a hole in her throat, and a pen that he broke in two, inserting the cylinder as a breathing tube.

Toothpicks and spoon
Dr Tian Yu was on a flight in China when an epileptic passenger was found unconscious and foaming at the mouth. Dr Yu used a spoon and towel to stop the man biting his tongue and toothpicks to press acupuncture points. The patient regained consciousness.

Vodka
Australian doctors plugged a poisoned Italian tourist into a vodka drip after running out of the medicinal alcohol they needed to save his life. He fully recovered.