If commissioning groups insisted that oncology clinics had a GP present, and that he was involved in decision making with the patient, and especially the decision to move from oncology cancer care to palliative  or terminal care, there would be far less wastage. There is an issue: there are not enough GPs. Undercapacaity means the most pragmatic way would be a phone call to the GP BEFORE any decision on treatment is taken. The savings involved, the quality of life gained, and the honesty of such teamwork seems to be unimportant… 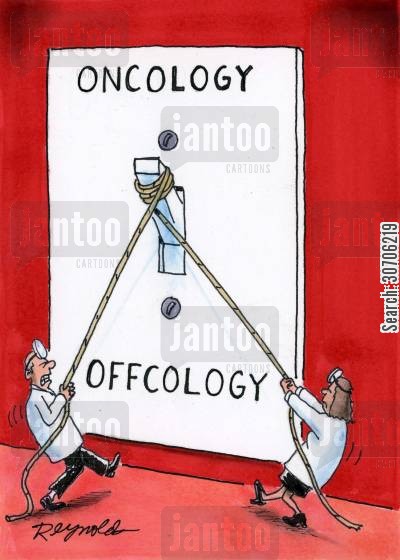 Most new cancer drugs are given to patients without any evidence that they extend or improve lives, an overview of data has concluded.
Only half show they have any real benefit, according to researchers who say regulators must make it harder for medicines to be approved. Other care for patients is being rationed to pay for drugs that are often useless, they add.
Regulatory approval, however, does not mean the NHS will pay for the drugs. Health chiefs will see the study as vindication of a tougher line which has seen them rejecting many new medicines as poor value for money.
NHS England yesterday defeated a legal challenge to its decision to add an extra layer of rationing to new medicines. Even cost-effective treatments can now be delayed or restricted if the total cost to the NHS exceeds £20 million a year, after a High Court judge refused the Association of the British Pharmaceutical Industry (ABPI) permission to take the plans to judicial review.
In an effort to assess the effectiveness of new medicines, scientists looked at data on all 68 cancer treatments approved for routine use by the European Medicines Agency between 2009 and 2013. They found that only 35 per cent had been shown at the time to lengthen patients’ lives.

A further 7 per cent could show they improved patients’ quality of life, according to data published in The BMJ. Instead, drugs were approved on the basis of studies that looked only at interim measures, such as how many patients responded, or how long the disease went without worsening. However, these turned out to be poor markers that patients would live longer, with just 7 per cent of drugs without a survival advantage when they were approved going on to demonstrate one over the next five years.

Overall, no more than 51 per cent of the treatments approved have shown any benefit in terms of life expectancy or quality, they say.

Courtney Davis, of King’s College London, who led the study, said patients often did not realise that the drugs they were offered had not been shown to extend life. “What people often don’t realise is that it’s not just resources taken away from other disease areas, they are also being taken from other cancer treatments that are actually more effective than drugs.”

Many of the best-known treatments approved during the study have been shown to extend life, including abiraterone and enzalutamide for prostate cancer, and Herceptin and Kadcyla for breast cancer.

Paul Catchpole, of the ABPI, said: “It can take many years to gather overall survival data on new medicines, which is why meaningful surrogate outcomes are used by regulators so that promising new medicines can be provided to patients whilst further evidence is collected. These cancer patients often have no other remaining options.”