Wales is fortunate not to have any PFI contracts, unless we count the GP Premises purchase and lease back schemes PFIs. 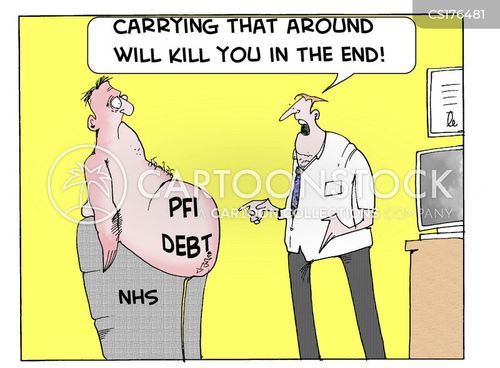 The NHS is “leaking” money to private companies in contracts to build and run hospitals, a report says.

The Centre for Health and the Public Interest (CHPI) publication – based on 107 PFI contracts in England – said such companies had made pre-tax profits of £831m in the past six years.

The Department of Health said less than 3% of the NHS budget was spent on PFI.

PFI has always provoked vigorous debate about whether the benefit is worth the long-term cost.

The CHPI argues the money made by private companies could have been spent on patients.

Colin Leys, one of the chairmen of the CHPI, said: “This report shows for the first time the huge amount of taxpayers’ money which is leaking out of the NHS through the profits generated by PFI companies.

“Given the extreme austerity in the NHS, where patients are being denied treatment and waiting times for operations are rising, the government needs to take action to stop this leakage of taxpayer funds out of the NHS.”

The CHPI is calling for:

A Department of Health spokeswoman said: “The NHS is recognised by the independent Commonwealth Fund as the most efficient healthcare system in the world and currently spends less than 3% of its annual budget on PFI.

“The first PFI contracts for NHS hospitals, which were signed in 1997, range between 25 and 30 years.

“This report analyses just six years of contracts and, as a result, does not represent the full picture.”

Firms made pre-tax profits of £831m under private finance initiative in past six years, with figure to more than double by 2022

English Health Service to reject more PFI – but not the hedge funds!