There were celebrations following the life and death of  Bradley Lowery in Sunderland. Matthew Clifton reports in “blasting news” 9th July 2017:     The cases of Bradley Lowery and Charlie Gard highlight the importance of tackling child mortality logically.

Sunderland mascot, Bradley Lowery died this week and will be remembered for his continuing positivity right to the very end.

Child mortality matters. Avoiding spending resources on “lost causes” is important for all of us. Government’s duty is to populations ahead of individuals, and when the needs of the two conflict, and there is no way to prevent harm, they should come down firmly on the side of the population. This case is complicated by the private element, offering transport and treatment, the political element – outwith the English Health Service, and by the expectations of the parents (10% survival – meaning what: ventilation for ever?). The ethics of this are complicated… and there are always arguments on many stakeholder sides.

The sad aspect to be tempted to denial is within the human condition. Ashitha Nagesh for Metro.co.uk on Sunday 9 Jul 2017 reports: Charlie Gard’s parents tell GOSH that ‘if he’s still fighting, we’re still fighting’.

Is this denial an allegory of our whole attitude to the Health Services? 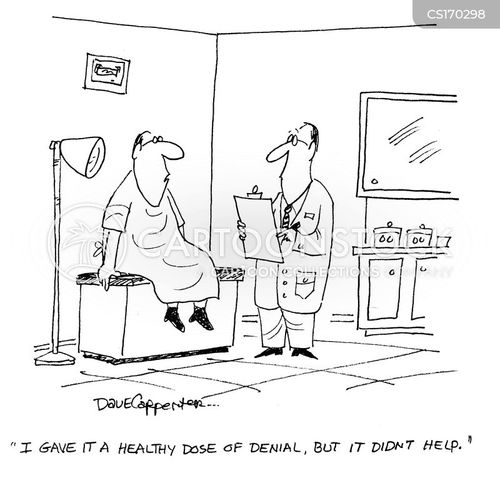 Connie Yates and Chris Gard spoke as they handed a petition to Great Ormond Street Hospital in London, calling for Charlie to be allowed to fly to the US for potentially life-saving treatment.

Speaking to reporters, Connie said that Charlie has a 10% chance of survival if he receives treatment in the US – and that that’s ‘a chance worth taking’.
‘He’s our son, he’s our flesh and blood,’ she said. ‘We feel that it should be our right as parents to decide to give him a chance at life.
‘There’s nothing to lose. He deserves a chance.’….

In the United States the death of children is often in the news, but children are always dying. Its just that some parents have the ability to get more (or less) publicity. Enlisting the help of social media, crowdfunding for experimental (unproven) treatments, and getting support from religious authorities helps the media case. Here are some news items form the last few days..

Two other counts are dropped against the man, who was not charged with a felony.

And in Australia midwives need to think carefully about the risks associated with home delivery.

Joan Desmond reports on the National Catholic Register 8th July 2017: Catholic Bioethicist: Authorities ‘Usurped’ Role of Charlie Gard’s Parents – The culture of death has poisoned the relationship of trust that should bind physicians, patients and loved ones

Sometimes we watch a news story that, though important and reported fairly, we somehow feel we shouldn’t be watching at all. Such is the case of the sick baby, Charlie Gard. Words cannot express what every Times reader must feel at the pitiful sight of Charlie’s parents, two good people motivated only by love, wounding themselves before the eyes of millions; and all to no purpose.

I cannot re-hash the whole sad story, nor venture opinions about medical science. I do though have a modest suggestion about the law and how this case might teach us to nudge it. So I shall try to explain why, through nobody’s fault, the judges have been painted into a corner by a six-word phrase whose wisdom and humanity is hard to dispute: “the best interests of the child”.

It’s perhaps helpful to tell you that I have not the least difficulty with the idea of ending life where life is meaningless or unbearable. Nor do I question advice that the “nucleoside” treatment Charlie’s parents want for him stands no chance of success. Great Ormond Street are making the medical case, as any hospital should. Their statement through their lawyers yesterday is a fine, delicate, compelling piece of writing. Do read it: https://tinyurl.com/y85x3cu5. With hardly a word could one disagree.

But let me put it simply: I too would let this baby die, were it not for his parents. This is probably the majority opinion among the public, too. A few may believe in miracle cures, but most would put it, crudely, like this: “Look, he’s going to die anyway. If his parents are so sure he could be saved, why not let them try? He’s unconscious. What is there to lose?”

I feel that, if mildly, myself. Many feel it more strongly, many too strongly. The public demonstrations outside the High Court and the hospital are inappropriate and have an unhealthy smell of the mob justice that seems to have infected us in recent times. The sentiment that anybody’s opinion is as good as anybody else’s has corroded national life. Death threats to hospital staff are odious, owing something to the lynch-mob, “enemies of the people” mentality fanned by some of the popular press when Gina Miller took the government to court over Brexit. Lawyers and judges are right to bristle. Careless expressions of the democratic impulse have been way too strong.

But the response of a nettled professional class has also been too strong. Public opinion does count. Book-learning isn’t everything. The 19th-century jurist AV Dicey has been much quoted of late — “The judges know nothing about any will of the people except insofar as that will is expressed by an act of Parliament” — but Dicey is wrong. Judges have immense leeway in interpreting the letter of the law, and (consciously or otherwise) have always been influenced by the prevailing climate of opinion, and rightly. The very term “reasonable”, central to the interpretation of law, makes implicit appeal to public moral sentiment.
How, then, have judges (as it seems to many) lost sight of the man on the Clapham omnibus in the Charlie Gard case? The answer is that the judges have to keep sight of due process and the rule of law. The law says the “best interests of the child” must prevail, so because the parents’ belief that nucleoside treatment may save their baby is almost certainly wrong, the courts keep ruling against them. That legal principle, “in the best interests of the child”, has a long history here and abroad, both in statute and in precedent. It has stood the test of time. It is simple, intelligible and usually right. In most cases public sentiment would support it, for the obvious reason that parents don’t always act in the best interests of their children, and the courts should be able to stop them, whatever the parents want.
In medical cases courts can overrule parents, however loving, who for religious reasons would deprive their children of medical treatment. Most of us would agree. We know the law may interfere in family matters not only in cases of neglect or abuse, but in cases where there is disagreement in good faith with devoted parents on a matter of conscience or belief.
Why then does public sentiment shrink from overruling the parents in the Charlie Gard case? The answer is simple. Almost nothing is at stake for this child, and so, weighed against the lifelong grief of parents who will always believe their baby might have been saved, we would (most of us) let the parents’ interests prevail over the very nebulous “interests” of the child. But that does at first sight seem to conflict with a law that says the child’s interests, though feather-light, must outweigh.
Perhaps there’s a way through? Perhaps we could keep the “best interests of the child” rule, but define a child’s interests in a way more generous to its parents.
You will know that judges cannot rewrite statute or precedent, but in English law they can nudge both by the creative way they may reinterpret the meaning of legal language. Judges do this all the time: an important way of letting law change with the times.
Chris Gard and Connie Yates will always believe an American doctor might have saved their son. If the courts stop them trying, all the years they have left will be haunted by grief that he was wrestled from them by the law. If Charlie could ever be conscious of this, would he have wanted it?
May we not have interests of which we will never be conscious? Is it not in the child’s interests that his parents be spared great harm after his death? Had I a son, and were I hospitalised in a permanently vegetative state, there’s surely a sense in which I would still have an interest in my child’s welfare. Why can that not be true the other way round? My proposal needn’t trump the child’s more direct interests, and might only have comparative weight where the child’s direct interests (as in the Charlie Gard case) are anyway negligible, for he hardly has a life.
The Ancient Greeks believed a whole life was devalued for want of a good death, whether or not the deceased knew it. A good death for Charlie now would be one where he died in circumstances where his parents knew they had done all they could. Why not let them; and let that be Charlie’s legacy too?

Sir, Matthew Parris’s article on the Charlie Gard affair (“Charlie Gard’s parents have ‘best interests’ too”, Comment, July 15), is compassionate and thoughtful. But the idea that because Charlie is unconscious and will not suffer, there is no harm in allowing the proposed treatment — and some reassurance for the parents — is a recipe for experimentation on the unconscious patient in someone else’s interests.

We have chosen judges to make these Solomonic decisions. Parris’s argument that such judgments should take public opinion into account, and that judges have “lost sight of the man on the Clapham omnibus”, is spurious. Judges listen to the facts and decide according to the law.

Charlie’s interests are not “nebulous”, as Parris puts it. They are very real, and include not being used as an object of experiment. Only if there is real evidence that the proposed treatment has a chance of working should he be subjected to it.

Sir, I am becoming increasingly dismayed at the view that the only people who have a right to decide what is in Charlie Gard’s best interests are medical experts. Over the past few weeks I have seen Pope Francis’s offer of help at the Vatican hospital described, bizarrely, as “cruel” by one leading commentator.

The Pope is expressing some fundamental views of the Catholic faith, namely that every human being has an inalienable dignity. If treatment in the US, whether experimental or not, is the parent’s only hope, then compassion says let the parents have the chance to try the treatment.
Mark Behan
Blackburn, Lancs

Sir, Doctors at Great Ormond Street have done all they can for Charlie. However, it was not right that the hospital sought a High Court ruling to end Charlie’s life. Neither is it right that the law should arbitrate between hospital and parents. Agencies of state should not decide this matter.

While there is an option, however experimental, it should be encouraged. Public donations have raised funds for the little boy to go to America for evaluation and possible treatment. Doctors here should support this. Charlie’s parents should not have been dragged through such inhumane proceedings. And at a secondary and utilitarian level Charlie Gard might be of help and benefit to others in time to come.
The Rev Dr Robert Anderson