Doctors wish to retain a relationship with the patient in front of them. Sometimes, if it is a murdering psychotic, or an HGV driver who continues when at risk of a stroke, they have a duty to spill the beans. When the danger is time distant, as in genetic problems, the issue of right and wrong becomes blurred. Watch the result of this case – the good GP or consultant will know “When not to put the patient at the centre of your concern…” – and goes against the first GMC duty of a doctor.

A woman has won the right to sue doctors who failed to tell her that her father had a hereditary brain disease before she gave birth to her own child.

She discovered afterwards that she also had the gene for Huntington’s disease. Her daughter, now seven, has a 50 per cent chance of having inherited the incurable degenerative disease.

The woman, in her 40s, maintains that she would never have given birth had she known about her father’s condition. He did not want to tell her because he feared that she would kill herself or have an abortion.

In a landmark challenge, she will seek to sue her father’s clinicians at three NHS trusts for negligence in failing to inform her. A judge in the lower courts had previously struck out her case, saying that the clinicians owed her no “reasonably arguable duty of care”.

The case will involve judges redefining the confidential relationship between doctors and patients, after the Court of Appeal judgment.

The woman’s father displayed signs of aggression and, several years ago, shot and killed her mother. He had Huntington’s disease diagnosed two years after being convicted of manslaughter. When doctors asked permission to tell his daughter, who was pregnant, about his diagnosis, he refused. 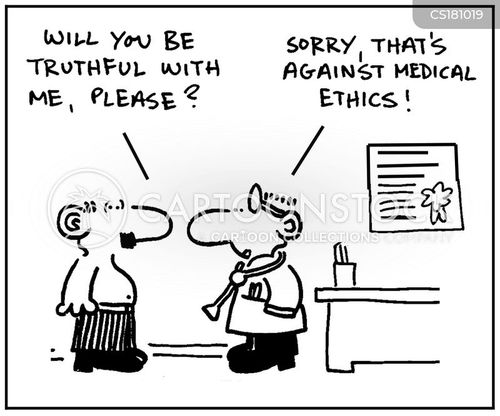 Rony Duncan and others opine (BMJ 2006) : Refusing to provide a prenatal test: can it ever be ethical?
and in 2017: Huntington’s case raises doubts about withholding test results.

“The print and digital media are potentially enormous forces for good. If I were the editor of a national daily, I would sleep more soundly if I thought that my newspaper had contributed to GP morale and recruitment by enhancing the image of the profession, rather than denigrating GPs trying their best to do a good job under very difficult circumstances. Newspapers are keen on ‘watchdogs’, and it is worth pointing out that the health watchdog, the Care Quality Commission, has recently rated 88% of all general practices as either good or outstanding. And GPs still have the highest approval ratings in the NHS.”

In the same journal another editorial is about ” Secrecy and coercion in the QOF (the method of paying GPs by performance) : a scandal averted? ” by Charlotte Williamson.

…”Information about the QOF is in the public domain, posted on the internet.9 But patients and the public are not alerted to this resource and so cannot search for this crucial information. GPs’ surgeries seldom (if ever) provide leaflets about it. Over the last few years, I’ve asked many friends, strangers, and fellow patients in hospital clinics if they have heard of the QOF. Few have. All were surprised or dismayed when I then outlined the financial angle. In our conversations, some patients told me about their experiences of the QOF, once they realised that some of their care had probably been affected by it.

Within the GP–patient consultation, reticence had ruled for these patients. ‘It was never mentioned’ said one patient who knew about from other sources. Most other patients are probably unaware of the QOF and its financial implications. If then they consented to a rewarded clinical action, that consent was obtained coercively, without respect for their autonomy. In addition, when patients were called to the surgery, they could fear that their GP knew something ominous about their health that they did not. (I talked with one patient just after she had received such a letter; she was upset by it.) When they were offered tests or screening, they could suppose that was due to their GPs’ professional concern. So secrecy can deceive patients about something as fundamental to medical practice as the doctor–patient relationship.”…