NHSreality agrees that the NHS will be ignored by most voters in this election… The issues are Brexit and the unity of the United Kingdom – with such large stakes health is irrelevant. Its going to get worse and the landing will not be soft.

The irony of this election is the potential for the Liberal Democrats to profit from the “first past the post” system. Where a Brexit supporting Conservative competes with any Labour candidate, but especially a Brexit Labour supporter, there is a choice for Remainers to vote Liberal. Throughout the shires and cities, a mere 34% of the vote could win any seat. Young people should take note. No young person with a vote should abstain if our nation is to remain united. Brexiteers will die off quicker than Remainers and the problems of today could disappear as the demographics change….

The public sees the NHS as one of the top issues in this election campaign, as it did in the 2015 election. But will it be a decisive issue?

Pessimism about the future of the NHS is now the highest we have ever recorded, with 62% expecting deterioration. This puts the UK among the most negative countries globally on the future of healthcare in our 2017 Global Trends Survey.

As the NHS struggles with continuing austerity, the public has also become more sceptical about the central government’s plans for public services generally. But most people still feel personally unaffected. This and the perceived incompetence of the Labour party may explain the Conservatives’ strong lead in the national polls.

It has also continued despite the fact that most of the public (63%) say public services have deteriorated in the past five years, and the fact that the proportion holding this view has increased markedly since 2015 when 43% did so.

As we go into this snap election, the government still seems to have some breathing room. Despite pessimism about the future, only 26% say they and their families have personally been affected by cuts. This figure has been stable for a few years, and is lower than in 2012 when 33% said they had been personally affected. Just under half are worried about the impact of cuts in the next year. But this figure has been static for five years, and has been unchanged since before the Conservative victory in 2015.

With the Conservatives winning on economic competence and on having the best candidate for PM and—in some polling—the best team to run the NHS, this election looks pretty much cut and dried.

Overall satisfaction with the NHS remains much higher than at the turn of the century, despite newspaper headlines. And so, with Labour not mounting an effective national challenge, it is very unlikely that the NHS will be the decisive factor in the 2017 election.

GB needs a general election and a clear choice between a “remain” and a “brexit” party – Liberals v the Rest?

Reality is a word rarely used in Health debate and discussion. The Economist comments on post election realities..  (May 2015)

The contestants – who will promise the most irrelevant package? Listen and (later) read their prospectus. 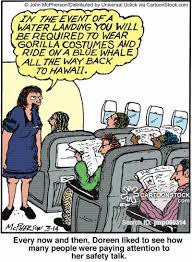