Politicians in Pembrokeshire were hoodwinked into supporting SWAT (Save Withybush Action Team) and now the money has been spent elsewhere. Some areas have still got a chance (Maryport) and should consider their options carefully. Think: If you would elect to have your care elsewhere, given the means and permissions, should you be fighting for services to stay exactly the same? All the doctors and nurses who supported SWAT in 2006 would now vote for a new hospital covering three counties (Pembroke, Ceredigion and Carmarthen) – if they had the option. Pithed Politicians don’t deserve our support, and are part of the democratic deficit in their short termism, lack of depth and altruism.. Compounding the reduction of standards is over-occupancy, which leads to increased cross infections and sepsis. (ITV News: Sepsis costing NHS ‘billions’ more than thought due to ‘crippling’ lack of data ) 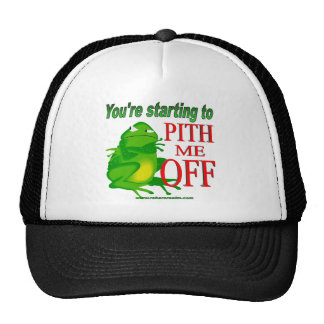 Politicians who oppose necessary hospital closures are “colluding in unsafe care”, a leading think tank has warned. A report by the King’s Fund health charity said that the government should throw its weight behind plans that could lead to the closure of some hospitals and services.

In late 2015, NHS England split the country into 44 areas, asking each to produce a blueprint detailing how they would improve care and deal with their share of a £22 billion black hole in the health service budget by 2020. Several regions said that they would look to close or downgrade entire hospitals, while others suggested closing casualty or maternity departments, or merging services. All aimed to stem rising hospital admissions by providing more care in the community and to give greater priority to preventing people becoming unwell.

The King’s Fund said that where evidence showed that such changes would deliver better care, the plans deserved politicians’ backing — but such support was “uncertain”. Chris Ham, the fund’s chief executive, said: “If you’re not willing to go through that process and support plans of this kind, essentially you are colluding as politicians in the continuation of unsafe services.”

He added: “Where there is a very clear evidence-based case that local hospitals cannot continue providing safe high quality care . . . then a reluctance to engage in albeit difficult conversations with the public, with local politicians, about why the case for change is compelling . . . means that the public will continue to access services of a lower standard and a lower quality than they have every right to expect. So politicians need to step up to the plate and be brave.”

Theresa May refused four times to condemn the closure of a maternity unit at West Cumberland Hospital when she was visiting Copeland last week, before Thursday’s by-election.

While some of the “sustainability and transformation plans” talk about closing beds, Professor Ham said that was “simply not credible” after the winter crisis during which hospitals have operated at more than 95 per cent capacity. A safe level is considered to be about 85 per cent. However, he added that the plans were the best chance to stabilise the NHS, both financially and in terms of performance.

Mark Porter, chairman of the British Medical Association’s council, said: “Improving patient care must be the No 1 priority for these plans. Given the scale of the savings required in each area, there is a real risk that these transformation plans will be used as a cover for delivering cuts.”

One of St Helier, St George’s, Epsom, Croydon or Kingston hospitals could be downgraded.

Major hospitals may be cut from nine to five.

Hospitals providing acute care could be cut from three to two.

Bournemouth or Poole A&E could become an urgent care centre.

Darlington or North Tees in Stockton could lose its A&E department.

The Times leader: Caring for the Community -A realistic debate is needed between politicians and the public about the NHS

Few subjects are as politically toxic as hospital closures. Under plans drawn up by the NHS, many may shut their doors. Others will be downgraded or lose specialist cardiac or maternity units. Fearful of their constituents’ wrath, MPs have begun lobbying to ensure that their local hospitals are spared. However, a report by the King’s Fund, a charity that scrutinises the NHS, argues that if the 44 plans are to be implemented successfully it is vital that politicians endorse them.

The arguments for the closure of some hospitals and units, the creation of specialist centres of excellence, and for improving the provision and funding of social care are compelling on grounds of both health and cost. If MPs reject those arguments, the report states, they are colluding in the provision of inadequate healthcare to the very constituents they seek to protect.

Under the proposals, three community hospitals may be closed in Leicestershire, four in Devon and three in Dorset. Four hospitals in Liverpool may be merged, and two in London downgraded. Nineteen A&E departments and 12 maternity units are under threat. If the NHS is to meet its many challenges, finite resources must be allocated in a more strategic manner. This is not simply a cost-cutting exercise. There is strong evidence that centralised and specialist services are the safest and most efficient way of assisting patients. Centralising trauma care has seen the chances of surviving an accident improve by 50 per cent. When the stroke units of some London hospitals were closed in 2010, and resources concentrated in eight specialist centres, the lives of an extra 100 people a year were saved.

Mark Porter, chairman of the British Medical Association, is correct to point out that demand for care is growing. However, hospitals are not always the best places to deliver it. In the first week of January, three quarters of NHS trusts had occupancy levels of 95 per cent on at least one day. Any rate above 85 per cent raises concerns for patient safety. The solution is not more money for more beds, but increased funding for community care in the form of clinics, nursing associates, home care and improved GP services. Of the almost 200,000 patients whose discharge from hospital was delayed last year, 36 per cent were attributable to inadequate social care. Iris Sibley, 89, recently spent six months on an NHS hospital ward, at a cost of £80,000, for lack of a place in a nursing home. Most of the £1 million an hour that it costs the NHS to treat diabetes is spent on the hospital treatment of avoidable complications.

By focusing resources on illness prevention and the improved integration of services, the plans offer a chance to stabilise the NHS after a winter marked by almost permanent crisis. Katherine Murphy, of the Patients Association, warns that the public will be unhappy if services are shut down secretively. Health chiefs and MPs must be open about the plans and persuasive of their merits. The emotional pull of a community hospital is strong. The reality is that the best hospital is not necessarily the nearest. Too often, discussion of the health service is characterised not by reason, but by emotion. Hospital closures, as Ken Clarke noted in his recent memoirs, provoke the most bitter battles. Politicians do their constituents a disservice if they do not point out that they can also be for the best.

An election debate by pithed, fearful politicians. Impotence and denial ensure no significant change in philosophy.

Rurality and Utilitarian decision making: Wales is let down by its inept politicians.