NHSreality thought to look up what was happening on waiting times and lists in all the G8 countries for comparison with the UK. Hip replacement is one of the most successful operations giving the greatest advance in Quality of Life Years. It is a duty of governments to ensure that it’s citizens have advanced knowledge of their options on how to avoid prolonged incapacity, which leads to early death. Whatever the system of health care, it seems that capacity is rarely sufficient, except where there is an insurance based private partnership. (Germany, Holland). In my own locality they have been rising since 2014. The Duthie report (1982) told us how to avoid this situation, but we have ignored it. The Times letters 21st Jan covers this rationing by undercapacity. 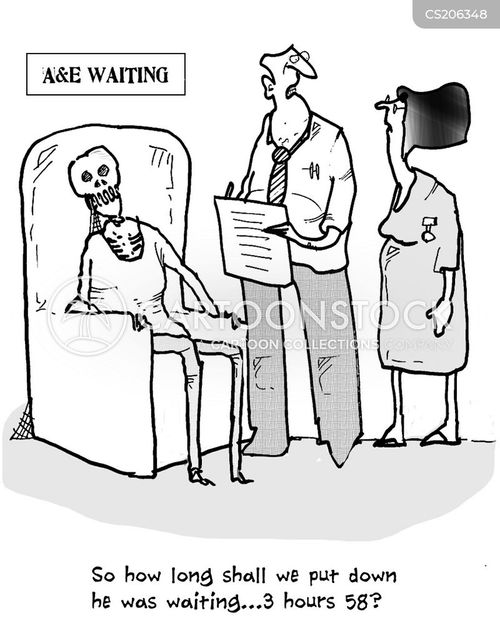 In Ontario there is a “waiting times strategy” and this is here…. Possibly as a result of this openness the benchmark of 187 days wait is reached in 87% of patients. (2015). In the Okanagon region its over a year, but that is shorter than Wales. (Shelby Thom: Osoyoos man laments 56 week wait for hip replacement). In French speaking Quebec/Montreal the problem is the same: Gabrielle Fahmy 12th Jan 2017 – Surgery wait times in Moncton still too long – Health authorities have suggested province allow operating on nights and weekends

In 2013 Canadian Doctors for Medicare published paper no 41 (Viberg N, Forsberg): No. 41: How OECD countries measure and report wait times: an exercise in incomparability The comment is persuasive:

The analysis shows that it is difficult to make meaningful comparisons of officially published waiting times in the 15 countries studied, due to the many methodological differences in measuring waits.

For example, France is often cited as a country has no waiting time problems, yet without a national monitoring system, this conclusion is suspect. Sweden has been identified as a country with relatively long waiting times, but this cannot be confirmed because the national statistics are incomparable.
Proponents of two-tier health care —advocates for allowing private payment to gain faster access to care — cite European countries as models for Canada, claiming their waiting times are shorter. Yet with no meaningful basis for wait time comparison, advocacy based on this polemic is spurious.

In England and Scotland the Nuffield trust publishes: Waiting time (referral to treatment) in Scotland and England

and the sub group for Hips is not as good as that for the average.

A private opportunist website advertises: An alternative to long
waiting lists for Knee & Hip Replacement Surgery  but this is outside their state system. As you can see from the 2013 report above they do not publish National Stats.

Germany on the other hand, with it’s mixed insurance model, obviously has capacity if the Daily Mail is to believed. Once again I suspect this is a private initiative. Beezy Marsh and Michael Woodhead report today Jan 23rd 2017 that “Germany offers to treat a million British patients”.

The latest OECD report comparing Hip Surgery is here but from 2011.

Australia has a waiting times publication., as does New Zealand

groaned aloud when reading yet another article about how inefficient the NHS is and how much better things are managed overseas (“If I tumble from up here, I hope I land in the French health service . . .”, News Review, last week). Here in Catalonia, big hospitals have cancelled all scheduled surgery because of a shortage of staff, exacerbated by a flu outbreak. They also sent — it must be said — French nationals back over the border for surgery. The grass always appears greener . . .
Robin Flood, Catalonia, Spain

Stretcher case
How intriguing to read the cheerleader Kat Hind’s negative thoughts on the NHS, especially as the previous day a letter published in a British national newspaper was from a woman who had returned from a break in France and said that French television featured images of rows of people on stretchers in hospital corridors. Never mind fake news — let’s first agree on balanced reporting.
Huw Beynon, Llandeilo, Carmarthenshire

Private practice
The article highlighted exactly how to correct the problems in the NHS: charge everybody for any consultation and treatment, just as in France. I suggest that Hind takes out accident insurance so that next time she falls doing sport she can immediately be seen privately and not waste scarce NHS resources.
David Diprose, Thame, Oxfordshire

Waiting room
I was lucky enough to be transferred with my job from northeast England to Paris. While there I had a severe ear infection and made a GP appointment, costing €30 (£26). The doctor wanted to refer me to an ear, nose and throat specialist. On hearing I was due to leave for the UK, her receptionist spent 45 minutes ringing around and I was found a slot for the same day — at €65. The consultant prescribed antibiotics, painkillers and eardrops, adding a further €37.

I returned to the UK last April and needed to see my GP regarding a skin lesion. I was referred to a dermatologist for August and a biopsy was scheduled for October. Last November I was given a date for surgery this month.

I have the highest regard for clinical staff in the NHS but cannot understand why it should take 10 months from initial contact with a doctor to the actual surgical removal of a problem.
Stuart Leathes, Sunderland

Seven-day opening no remedy for lack of doctors
Surgeries opening seven days a week will not ensure more access to GPs; nor will it increase the number of weekday appointments available (“Don’t tell GPs how to treat patients”, Letters, last week). I am a recently retired GP and I cannot get seen for a potentially malignant skin lesion for five weeks. The doctors at my local practice work very hard; I know, I have appraised them in the past. So much for a two-week wait for cancer. We need more GPs, not open-all-hours surgeries.
Dr Steve Norman, by email

Out of contract
I do not have any time for the threats of Theresa May and the health secretary, Jeremy Hunt, directed at GPs over practice hours, but I have no doubt that the unsustainable pressures on A&Es are in large part a consequence of the last, misguided GP contract, which enabled doctors to opt out of out-of-hours care for a minimal loss of earnings. I qualified in 1973, and, having spent many years on call every third night and weekend, in addition to day work, my colleagues and I were very skilled in acute medicine in patients’ homes. Complex needs and care — usually blamed on the elderly such as me — did not begin with today’s cohort of doctors.
Derek R Pettit (retired GP), Henstridge, Somerset

Losing patients
I’m a doctor in my forties and work a minimum of 50 hours a week over four days. What keeps me going is providing for my family and helping my patients and the incalculable satisfaction this can give. GPs currently run their own businesses within the NHS, which means a degree of autonomy. Make us employees and we will be contractually gagged, like hospital consultants.

We all need to take responsibility for saving the NHS, which provides the best healthcare in the world despite continuing cuts. The need for a real-terms increase in funding is universally accepted outside Downing Street. If you cut the finances and increase the work, the warhorses will go. Up to a third of general practitioners are likely to retire within the next five years, and medical students perceive general practice as unstable, with uncontrollably long hours. I’ve never considered striking or emigrating before, but if I lose my right to manage and care for my personal list of patients, I’m off.
Ian Cockburn, Seaford, East Sussex