Rachel Sylvester in The Times 16th December 2016 reports: It’s time to face up to the cost of growing old – The middle classes and the ‘left behind’ will unite in anger if the government can’t devise a way to pay for social care – The reality of growing old, living and dying alone, and without dignity is something we all have to face up to…

I shall wear the bottoms of my trousers rolled.

Shall I part my hair behind? Do I dare to eat a peach?”

Like TS Eliot’s J Alfred Prufrock, we hate the idea of ageing. We want to imagine ourselves for ever young rather than admitting that we could one day become frail and fragile, incontinent and incoherent, losing our mobility or our mind. In the era of individuality we can’t bear to think that we might end up completely dependent on others. We fetishise youth and vigour, ignoring the elderly.

Old age is too close to death, the last taboo. Politicians kiss babies rather than hugging dementia patients on the campaign trail. They promise to save the NHS, which cures people, rather than pledging to salvage social care, which manages declining health. On television, older people are crotchety Victor Meldrews or imperious Lady Granthams. There is a level of cruelty and neglect in residential care homes that would never be tolerated in schools or hospitals.

Andrea Sutcliffe, the chief inspector of social care, believes it is ageism that makes us turn a blind eye to the elderly — but the truth is that we are looking away because we don’t want to catch a glimpse of our older selves. We lock the ageing process away in a corner of our brains that has no connection with the present. We are in denial about the future — which means we are failing to prepare for the looming cost of care, as individuals or as a society.

The ageing population will have a much greater impact on the country than immigration. In 20 years’ time, a quarter of the UK population will be over 65. The number of people over 85 is set to more than double by 2039. Yet nobody has unveiled a “Breaking Point” poster to highlight the political importance of this demographic time bomb. In fact the Conservatives cynically exploited cross-party attempts to find a funding solution before the 2010 election by running a campaign against Labour’s “death tax”. One of the first decisions the Tories made after winning an overall majority was to shelve their manifesto pledge to implement the Dilnot Commission recommendation for a cap on care costs that would have given families much-needed reassurance.

Social care reform doesn’t seem like a vote-winner, but it should be. The potential financial implications of our lengthening lives are terrifying. One in ten of us will have care costs of more than £100,000, but half will end up spending less than £20,000. People who would never dream of sending their children to private school because they think they could not afford it can end up spending more than the fees for Eton in a nursing home. Others, however, will pay absolutely nothing. It’s completely unpredictable which way it will go.

There is a condition lottery in place that is even more pernicious than a postcode lottery: if you get cancer, you will be treated for free on the NHS, but if you have Alzheimer’s you have to fund everything yourself. It’s deeply unfair but it’s also disempowering. This is a life-changing risk that is impossible to manage and against which you cannot take out any insurance.

It’s not only the wealthy who are affected. Anyone with savings or assets worth more than £23,500 has to pay for their own care. That’s the price of a family car or 20 pairs of Theresa May’s favourite leather trousers. There are many of the prime minister’s favoured “just about managing” families who will have squirrelled that much away in a savings account for their children over the years.

These self-funders also find themselves subsidising care home places for state-funded residents because councils are not paying the true cost of care. In a nation that is already deeply divided on social and geographical grounds, that is only going to create more resentment among those struggling to make ends meet. Meanwhile, some of the most deprived parts of the country are becoming care blackspots as providers either go bust or hand back local authority contracts because they cannot make them pay. There could be mass care home closures as the market fails and it will be northern towns and cities as well as rural areas in the southwest that will be hardest hit. Those too poor to pay for their own care are increasingly being asked to pay “top-up” fees they cannot afford. There is little social justice in that. Elderly care is an issue that unites “left behind” voters and leafy suburbia in anxiety that will soon build to anger.

This is not just about cash, it is also about control. The Brexit vote revealed the growing frustration that many people feel about being unable to shape their own lives but there are few issues over which we have less power than the cost of getting old. In her speech to the Tory conference, Theresa May argued: “The state exists to provide what individual people, communities and markets cannot. We should employ the power of government for the good of the people.” It’s hard to think of a conundrum that more perfectly fits her criteria than social care. Families cannot pay the rising costs. The risk is so variable that it needs to be pooled among as many people as possible. Yet the government has no solution to the problem.

The prime minister is planning to let local authorities increase the amount they raise in council tax to pay for social care but this is a short-term fix that risks deepening divisions, since wealthy areas will be able to get more funds than poorer areas, where the need is greatest. It does not remotely confront the scale of the long-term challenge.

The Treasury must find more money to plug the immediate gap in funding to pay for state provision and the government should also implement the recommendations of the Dilnot Commission as soon as possible. But even that will not be enough. It is rare to hear Tory MPs calling for tax rises but a growing number are now doing so to deal with the social care crisis. They are correct in thinking that it would be morally right, as well as practically important, to create a level playing field between the funding arrangements for the NHS and social care, even if that involves increasing national insurance to pay for improvements to elderly care.

It is time to open our eyes to the reality of an ageing population and start planning for reality. Otherwise we will end up nervously shuffling towards the future echoing Prufrock’s lament that “I have measured out my life with coffee spoons”. 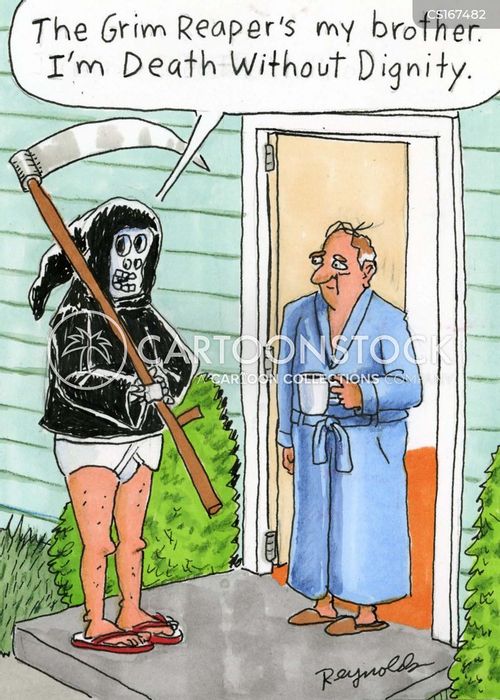