NHS plans cuts across the country (in England), and Post Code rationing is endorsed. Rationing by exclusion is fair enough after a debate and a buy in by the citizen.. This has not happened… Spineless politicians should agree rationing with local communities, not behind closed doors. 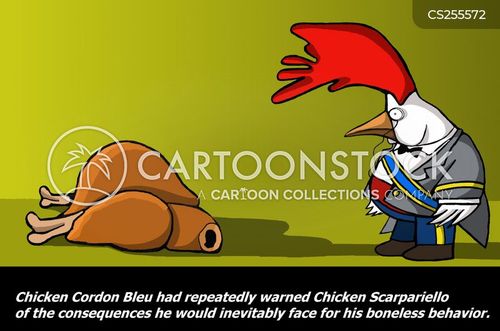 Plans are being drawn up that could see cuts to NHS services across England.

The BBC has seen draft sustainability and transformation plans (STPs) which propose ward closures, cuts in bed numbers and changes to A&E and GP care in 44 areas.

There have been no consultations on the plans so far.

But the Nuffield Trust think tank said while STPs could lead to “fundamental changes”, many of the plans do not meet the financial targets set by the government and will face a “dauntingly large implementation task”.

She told BBC Radio 4’s Today programme: “A key concern is why it hasn’t been this transparent up until now.

“These plans are due to be signed off this October – a matter of weeks away”.

The STPs are being drawn up by local health and social care leaders, although many remain unpublished.

They were asked to find potential savings and efficiencies at the end of last year to meet financial targets set out by the former Chancellor George Osborne and NHS England head Simon Stevens.

Stephen Dalton, chief executive of the NHS Confederation, said that the NHS would not “indiscriminately close services”.

He said local discussions were “better than having a single plan” for the whole country.

Mr Dalton told the Today programme that in the past there has been reluctance from political leaders to address the way things are organised in the NHS.

He said much of the structure is “an accident of history”, arguing that MPs have been dodging issues for too long.

38 Degrees uncovered many unreported draft STPs, including plans for the closure of an A&E in the Black Country and the merging of two of the area’s three district general hospitals and the closure of one site.

In the area of Leicester, Leicestershire and Rutland, there are plans to close acute services from one of three hospitals.

There are also plans to put GP surgeries under “review” because of a shortage of funding.

A draft plan circulating among NHS managers in West Yorkshire reveals proposals to close the equivalent of five wards in the Leeds Teaching Hospitals Trust.

A spokeswoman for the area said: “We will be engaging and consulting as and when appropriate.”

It sounds like another piece of management speak but the Sustainability and Transformation Plans are highly significant for health services and patients in England.

NHS chiefs want local health and council leaders to work together to make the best use of resources at a time when efficiency savings are required.

If that means caring for more people out of hospital and concentrating services at fewer sites then, NHS England would argue, so be it.

But closures are never popular at local level and campaigners in each area will no doubt oppose cuts to services.

It will be a big moment for the NHS when the final plans are published in the autumn.

In a blog published on the Nuffield Trust website, its head, Nigel Edwards, said: “The speed of the process to shape these plans has meant that they have so far not been very visible”.

Mr Edwards said in some cases large numbers of patients would have to be shifted into community settings to make room for growing demand, while in others up to 20% of beds may be closed.

The role of community hospitals is being questioned and the number of mental health inpatient sites could be reduced, he added.

Sally Gainsbury, senior policy analyst with the trust, said many of the plans at the moment appeared to be proposing shifting or shutting services.

“Our research finds that, in a lot of these kinds of reconfigurations, you don’t save very much money – all that happens is the patient has to go to the next hospital down the road.

Richard Murray, director of policy at the King’s Fund – a health think tank – told BBC News that the plans were complicated and very difficult to carry out all at once.

As a result, he said there was “a need to make investments first in order to make savings later”….

…David Pearson, STP leader for Nottinghamshire, told BBC Radio 4’s You and Yours programme: “Sometimes, we have particular conditions or particular treatments that are best in a centre of excellence…

“But this is fundamentally about making sure we are doing the best things across Nottinghamshire and that, as far as possible, services are locally delivered to an agreed understanding of what best practice is.

“The transformation of services is rarely just one big dramatic closure.”

Andrew McCracken, of patient group, National Voices, said: “‘Health and care services need to change, but those changes must be made with local communities, not behind closed doors.”