In a letter to The Times June 13th 2016, Stephen Cannon and others point out the government’s confused thinking and half-cock semi-effectual policy on HPV.

NHSreality argues that the government policy is sexist, non-universal, and has not learnt from other countries – ones less concerned with rationing covertly. In a “patient centred” health service there should be universal coverage. Could there be a false fear of “encouraging promiscuity”? Of course, it is up to individual families to choose to cover their males… privately… and increase the health divide. 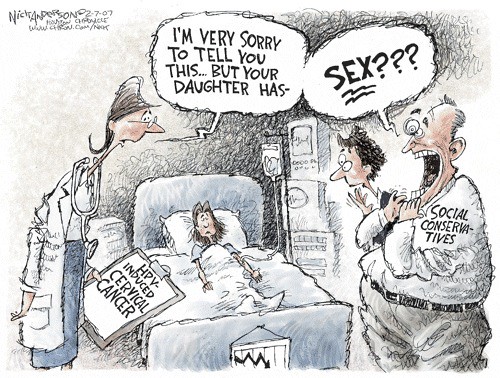