After Thatcherism, everyone for themselves, and there is “no society” it is not surprising that British Citizens feel they can arbitrage the generic pharmaceutical system. Surely they do have a duty to report the loopholes they have exploited, and it is not “against the law”; just against their moral duty as a citizen and potential consumer. What is the opposite of rationing – profligacy? Drug companies that raised the price of medicines by up to 12,500 per cent could face multimillion-pound fines after the government called in the competition watchdog.

Jeremy Hunt, the health secretary, asked the Competition and Markets Authority (CMA) urgently to examine evidence uncovered in an investigation by The Times, which revealed that a select group of entrepreneurs had made a fortune exploiting a loophole in NHS pricing rules.

The companies face limited competition on long-established, off-patent drugs, which they bought from large pharmaceutical companies. By dropping the brand name, the medicines are taken outside NHS profit controls and suppliers are free to oversee “extortionate” price rises…..

You might argue that they are not ever going to be consumers, but NHSreality replies that their emergency infarct or stroke will not happen in a place or a circumstance when they have an option. The A&E departments of the Regional Health Services are safety nets for all of us.

A letter from Ian Bennett in The Times summarises nicely:

Sir, While suppliers are criticised in your report, the real blame must lie with the Department of Health for its woeful lack of control and supervision on pricing. It is not difficult to determine that some generic prices are far above those of the original patented products and also well above generic prices in other EU countries.

Many generics, marked as manufactured in the UK, are imported in bulk, repacked and packaged with a UK address. To avoid the risk of a UK supplier demanding excessively high prices, the NHS and the wholesale network should be free to obtain supplies elsewhere in the EU, under current mutual recognition procedures of product registration. This might involve some changes in labelling requirements but that would be a price worth paying to have an effective price structure for these older generic products supplied
to the NHS.
Ian Bennett
Lymington, Hants 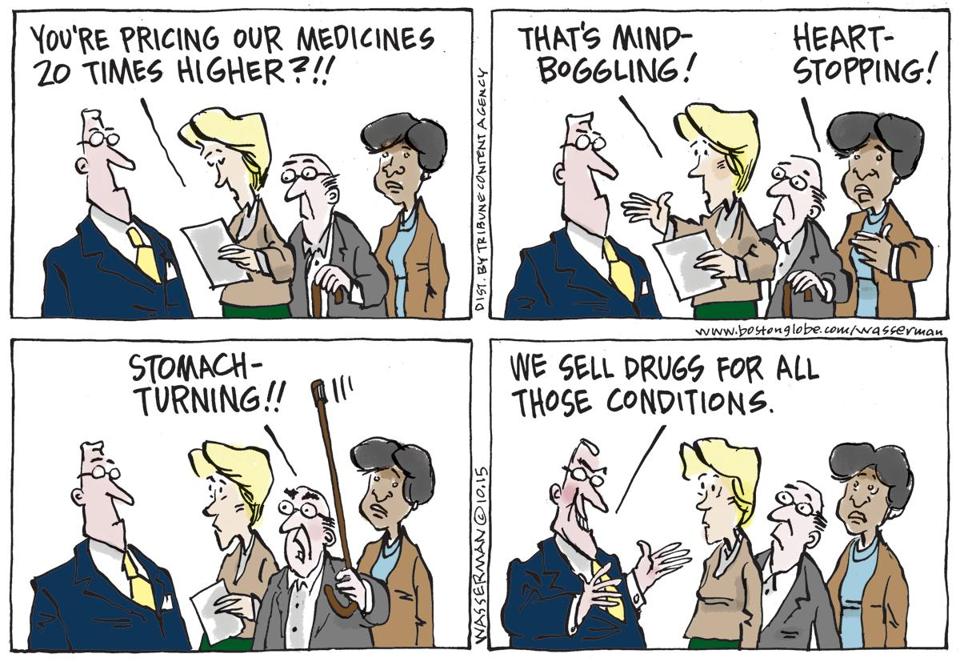