Do we need a deserts based approach to bed blocking and obesity? How could we encourage families to take their relatives home? The “£820m cost of bed blocking” described by Chris Smyth has been known for some time. At any one moment a “point survey” reveals that many, sometimes up to 80% of patients, might be at home in an ideal world. (Where Social Services and / or family were helping the discharge). We need sticks as well as carrots… but what would be acceptable to one family would be anathema and impossible for another. NOW is when political leadership and open discussion of ideology needs to take place.

Dr Tim Rimmer (ophthalmologist) in The Times letters 26th May 2015 says “As our politicians will never dare to end the NHS as we know it, they will have to think outside the box and make some bold decisions about obesity management and dietary advice now.” 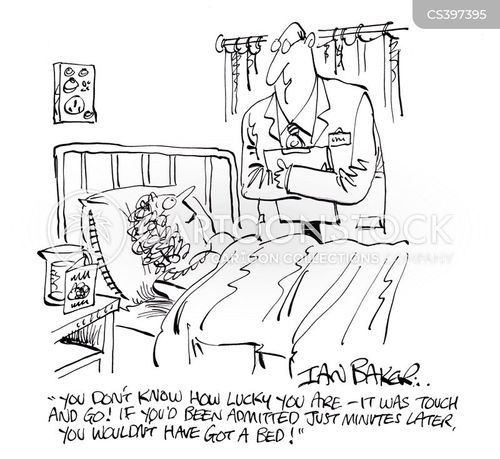 Bed-blocking costs the NHS £820 million a year and the problem is more than twice as bad as official figures show, the spending watchdog has found.

Delays in moving fit patients out of hospital are growing at an “alarming rate” as the population ages and cuts to social care bite, the National Audit Office warns. In a report released today, it says that better co-ordination in the care of elderly patients is crucial to the future of the NHS. Hospitals reported a record £2.45 billion deficit in 2015-16.

Hospitals must get better at organising help for vulnerable patients to go home, the NAO warns after more than half of trusts were found to start planning too late. Two thirds of hospital beds were occupied by people over 65. Official figures show that hospitals lost 1.15 million bed days to delays in transferring patients who were medically fit to leave, a rise of 31 per cent in two years. The NAO’s survey of hospitals suggested that the true figure was 2.7 million bed days at a cost of £820 million a year.

A spokeswoman for the Department of Health said: “Elderly patients should never be stuck in hospital unnecessarily and we are determined to make health and social care more integrated.”

•GPs will be offered £10,000 to move to unpopular parts of the country under a pilot scheme to tempt doctors back to the NHS. Foreign doctors who have left the NHS, British GPs who have emigrated and those who have taken time out to raise a family are being targeted.