Doctors may wonder if Suzanne O’Sullivans new book (It’s all in your head) and the information therein applies to other jurisdictions and medical systems where there are co-payments and/or disincentives to make a claim. In my own practice we discussed such patients as a team, and worked out strategies for them. If this is not done, and the team is dysfunctional or more like a chambers than a team, patients can play one doctor against another – and often do. Hysteria is very common, but in some cultures it is distracted into voodoo, witchcraft or the Shaman, or alternative medical models, not a burden on the state. The percentages are devastating. 60% of Gynae, 50% of Medicine, 35% of Rheumatology and 30-40% of GP work is on unexplained symptoms. That’s not to mention pain clinics, or worried about dementia elderly clinics, many without psychologists! The use of effective placebos has been virtually banished (apart from homeopathy). The pareto principle whereby 20% of the population give 80% of the work and costs seems an understatement for the UK Health Services. The information is well documented in GP Educational Literature (The Heartsink Patient 2011, and Suburban Shaman: Tales from Medicine’s Front Line Paperback – 27 Jan 2006  ) but has not been put together in a book for the politicians and public. If “free at the point of access” and from “cradle to grave” results in this expenditure we have to address it. Overt rationing and co-payments may not solve the problem, but NHSreality guesses it will reduce dramatically as a drain on the health service. It will still exist – but go elsewhere. The book may well reveal the gulf between GP training  and neurological training. The “Drug Doctor” has been well known since the work of Michael Balint.. 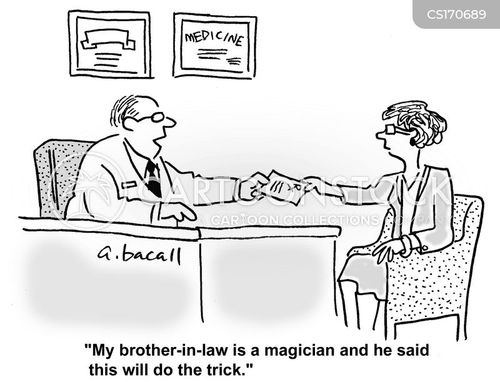 BBC News reports: Wellcome Prize won by book about psychosomatic illness and Helen Rumbelow in The Times writes: What if your illness is all in your head? – A neurologist’s book on psychosomatic disorders could revolutionise our healthcare

It was late when Suzanne O’Sullivan was called to the hospital. One of her patients, Lorna, was writhing in severe pain, which escalated into full-blown seizures. The woman was thrashing so hard on the floor that two doctors and a nurse were struggling to protect her: the only option seemed to be to prep her for an emergency operation to address the cause. “Why didn’t you give this girl treatment for her seizures!” the anaesthetist shouted when she arrived at the panicked scene.

O’Sullivan, a senior neurologist, “suppressed the words that were perilously close to the tip of my tongue” and didn’t reply. Instead, she told all the medical staff, some now nearly crying at the woman’s trauma, to leave the room. She already knew what Lorna was suffering from. Five minutes later, Lorna was sitting up in a chair: upset and confused but physically healthy.

“I have met a lot of Lornas,” O’Sullivan writes in It’s All in Your Head, which won the Wellcome Book Prize on Monday night.

It’s not only a beautifully written book, in homage to other neurologists turned authors such as Sigmund Freud and Oliver Sacks, it’s also a book to start a revolution in healthcare, to make us see what no one has seen so clearly before.

O’Sullivan is the first doctor to sound this alarm: the modern healthcare system is juddering to a halt because of people experiencing physical illnesses that have no physical cause. Their endless quest for treatment may be costing the NHS double that of even a burden such as diabetes, yet they are looking in the wrong place for relief. Their suffering is real but has been invented by their unconscious.

If you’re like me, then you’ll find the sheer scale of this problem hard to grapple with. But these strange maladies — so reminiscent of something from Freud’s casebook — are blocking up hospital clinics and surgeries across the land.

I meet O’Sullivan at the Wellcome Collection in London after her win; she sips black coffee and claims to be the worse for wear (she originates from Dublin and had celebrated with her large family after winning the £30,000 prize), but her grasp of the figures is precise. From the moment she became a consultant in 2004, she realised that no one was talking about these patients, let alone properly beginning to treat them. And yet the crisis is endemic.

“It was most of the people coming into hospital with really bad seizures,” she says. They would run every test, and all would come out clear. No physical cause.

“I was astonished at first at the numbers. It’s astonishingly common. And yet every time I told someone the diagnosis, they were mystified. No one talks about it. Doctors don’t talk about it and the patients don’t tell anyone as they are ashamed.”

These people are not consciously faking. O’Sullivan has courted some hostile attacks from ME sufferers for lumping their affliction into this group of psychosomatic illnesses. However, her stance is sympathetic. They are not hypochondriacs, malingerers or crazy. That their illness originates in the unconscious does not mean it isn’t disabling; in fact they are often profoundly disabled and live miserable lives. You can no more tell them to “buck up” than say to someone with depression: “It’s all in your head.”

“I always say to them, ‘What you’re going through is real,’ ” says O’Sullivan, who is now an epilepsy expert at the National Hospital in London, an international centre of excellence in neurology.

Something in their unconscious has flicked a switch to turn on symptoms that mimic serious illnesses. These patients cannot consciously turn off their illnesses but, unlike other physical diseases, the cure is psychological, and poorly understood.

O’Sullivan is in charge of six beds at the Epilepsy Society specialist ward. She says roughly half to all of them in any given week will be filled by people who will go on to be diagnosed with “dissociative seizures”, ie caused by their unconscious mind and not physical epilepsy. Studies show that people who have psychosomatic complaints cost the healthcare system twice as much as those who do not. Standard treatment doesn’t help, so they spend their lives in and out of hospitals.

“In my epilepsy clinic, it’s about one in three people, but as they tend to have more frequent and longer seizures than people with epilepsy, 70 per cent of the people I work with coming into hospital with seizures don’t have epilepsy. They have more seizures, and more out-of-control seizures.

The Guardian review: It’s All in Your Head review – enduring mystery of …

The Telegraph review: It’s All in Your Head by Suzanne O’Sullivan, review …

The Suburban Shaman by Cecil Homan 2006

Placebo – is a cheap and useful option for doctors and patients