On 31st March 2016: “The Guardian view on Manchester’s health devolution: taking the national out of the NHS?”  speaks out – but this has been known to the people of Wales, Scotland and N Ireland for some time. A federal Health service is replacing a National one.. Post code differentials, injustice and inequity will increase. The WHO agrees… It is another method of covertly rationing and distancing the unfortunate truth and unpopular decisions from fearful politicians. Amazing how England has been able to kid themselves there is an NHS – until now, Once we have locally based taxes as well as payments who will still refer to the once proud NHS? 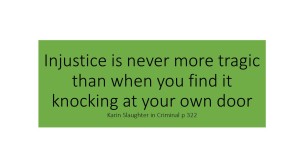 It is a truth almost universally acknowledged that the NHS is both brilliant, and flawed. Brilliant, not only because it is free at the point of use but also because pound for pound it is highly efficient. On global comparisons its outcomes are among the best. But flawed, because it is over-concentrated on costly acute care in hospitals, and the founding ambition to make it a sickness prevention service has never been realised. Across Greater Manchester tomorrow the biggest ever attempt to change that will be launched. Local boroughs, the clinical commissioning groups and the region’s hospitals and community services formally take over the annual £6bn budget.

For more than a year they have been working on plans to integrate health and social care in a way that keeps people out of hospital for longer, and in hospital for less time, while using every health pound more effectively and tackling some of Greater Manchester’s yawning health inequalities. It’s not quite NHS inauguration day 1948, but for its supporters it is a remarkable development that might transform the way health services are delivered. Critics warn that it could be the start of a process that ends up taking the N out of the NHS, the moment when the National Health Service ceases to be national and becomes a series of regional fiefdoms.

The history of reforming the health service is littered with past disasters. In Cambridgeshire, they are still clearing up after the failure of a contract to merge hospital and community care that lasted a matter of months. So the first thing to applaud about the Manchester experiment is that it is happening more incrementally than anyone would have imagined when it was announced with typical panache by the chancellor not much more than a year ago. This is a huge and ambitious project, combining 10 different authorities as well as 15 NHS trusts and foundation trusts that serve a population of 2.6 million people. There is no blueprint, and there is not much spare cash either, although there is an extra £60m earmarked for service reform. There will be, on current predictions, a shortfall of £2bn by 2020-21, and the experience so far of integrated care is that it delivers better health but no short-term savings.

Manchester has a strong tradition of cooperative working between boroughs, and Sir Howard Bernstein is a legendary chief executive of the city council. Just as well: there will be a welter of structural complexities that have often stymied previous efforts at reform and integration. NHS trusts and local councils have different systems of funding and they work under different rules: one of many unresolved questions is how trusts which can run deficits, and councils which can’t, will work out the sums. It is also the case that a year is too short a time to decide levels of decision-making let alone systems of conflict resolution, particularly since there is no legal underpinning.

Then, although the budget is nominally devolved, NHS England will retain ultimate control; Simon Stevens’ finger will still hover over the off switch if, say, the kind of structural reforms that many observers think must happen prove too contentious (one hospital, Wythenshawe, has already gone to the high court to try to hold on to a surgical specialism) or if in Whitehall’s view they are not viable. Some services, like accident and emergency where, in January, the region’s hospitals only managed to see 83% of patients within four hours, against the national target of 95%, may be the subject of intervention from London if they fail to improve. The health secretary still has the duty to ensure that the constitutional obligations of the NHS are fulfilled across England. So far, this looks less like devolution and more like delegation. Not so much a revolution, perhaps, as a way of shifting the blame for cuts the chancellor would prefer to disavow.

There is no doubt there are daunting obstacles ahead. Yet it is also the case that something like the Manchester experiment remains the most promising option for finally breaking down the overlapping silos into which healthcare has traditionally been segregated, and developing a different, more holistic model. What it needs now for the best chance of success is, first, a period of calm: as the independent King’s Fund warns, one of the biggest risks is more Whitehall meddling. The second may be even harder. As academic researchers monitoring the project point out, Manchester still lacks power over the real drivers of ill health and differing outcomes: social and economic inequality.

What is National About the Health Services in the UK? I have thought of 10 areas…

Local Taxpayer Powers for MPs/Mayors – who else? What is National about breaking up the Health Services?

Quality of dying is post-code rationed 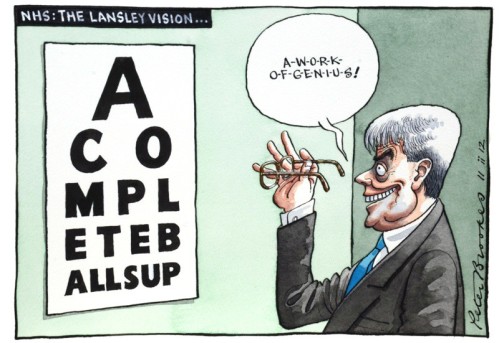