In a relatively wealthy and litigious society liberal values demand that the individual can sue in tort. However the society we live in cannot afford the compensation losses. The answer is no fault compensation (NFC), already recommended in Scotland. Individual cases such as that of Malcolm Green (see below) are legion, across the country, and trusts such as Mid Staffs are commonplace. The honest debate needed will not happen without NFC, as the doctor’s insurance company advice is to acknowledge and then take time and their advice before replying to complaints. Complaints are often about team failure as much as individual failure, so many insurers and insured can be involved… (some relevant prior postings are below)

The Daily Mail reports 9th December 2015: NHS has ‘wall of silence’ over avoidable patient deaths, report claims , and this is reported more factually in The Times by Kat Lay: Patient complaints hit a ‘wall of silence’ from NHS 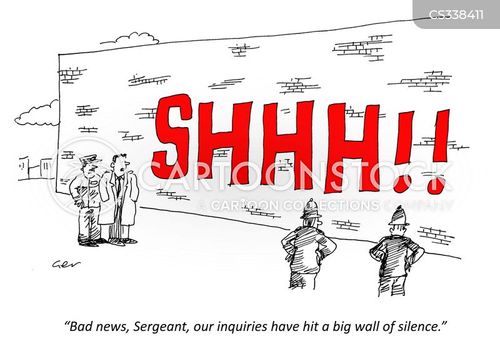 NHS hospitals cleared staff of blame in nearly three quarters of cases where patients died or were seriously harmed, and families faced a “wall of silence” when they complained, the health ombudsman has revealed.

The Parliamentary and Health Service Ombudsman said that families and patients were being left without answers by inadequate hospital investigations. The poor quality of the inquiries also meant that changes to prevent the repetition of mistakes were being delayed.

Dame Julie Mellor, the ombudsman, said: “Parents and families are being met with a wall of silence from the NHS when they seek answers as to why their loved one died or was harmed.

“NHS investigations into complaints about avoidable death and harm are simply not good enough. They are not consistent, reliable or transparent, which means that too many people are being forced to bring their complaint to us to get it resolved.”

The ombudsman called for an accredited training programme for staff carrying out investigations, as well as for new guidance. Her report states that hospitals used inconsistent methods, failed to gather sufficient evidence, and did not look at the evidence they did have closely enough.

A fifth of investigations missed crucial evidence such as medical records, statements and interviews. In more than half of the investigations carried out by a clinician, the clinician had been involved in the events.

In 73 per cent of cases where the ombudsman found clear failings, hospitals had claimed in their own investigations that no failings had been found.

The ombudsman judged 28 of the cases examined to be serious enough to require a serious incident investigation, but only eight had been classed as such by the NHS. The report highlighted the case of a baby girl who was brain-damaged by errors made during a blood transfusion. Her parents waited three years to find out what had happened and the ombudsman found that the investigation had been carried out by a colleague of the paediatrician in charge on the day the mistake was made.

Even when trusts uncovered failings in care, the lessons were not passed to frontline staff, the ombudsman found.

Litigation – The rising tsunami is swamping us all.. NHSreality lists all the posts on litigation in the two years of existence. NFC (No fault compensation) is essential.

The Death of Malcolm Green

Revisiting the death of Malcolm Green. The wrong people are likely to be criticised. Not neglect!.