The junior doctors strike starts Tuesday. Thank god I have retired. The profession is split in it’s support despite the apparent unity of the BMA. Before you judge, remember that those threatening strikes are in the top 1% of the thinking elite of the country, have spent at least 5 years accumulating a minimum debt of £50K, and average debt of £70K. They work many more hours than they are paid for, and 80% of them are women. The temptation to delay having a family in order to complete training is set against the lower risk of having a child during those years when abnormal delivery is less likely. Having a second child is a major logistical exercise for a caring female doctor. Having a third might be a nightmare… 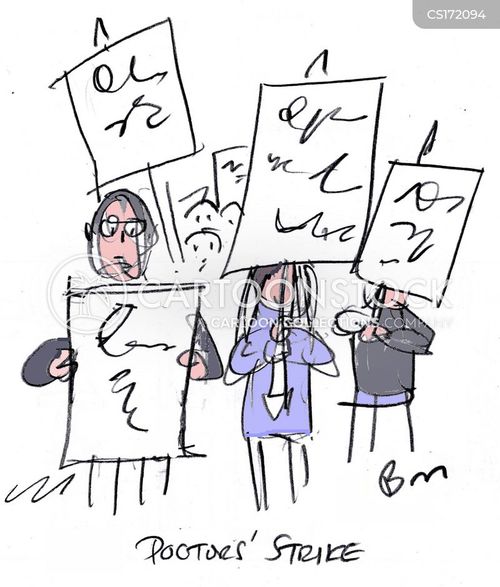 Pulling the plug on the medical brain drain starts on Tuesday this week, and the global marketplace for doctors, especially those without children free to travel, is wide open. Shortages in Australasia, Canada and many other countries mean those willing to take the exams, and if necessary learn another language, are free to apply. The drain will also be open for early retirement into motherhood, or a different career where night shifts are unknown… Unattached males may be more tempted by the overseas route, and females by either depending on their child status.

How we got into this position is well documented in NHSreality. We have had calls for graduate entry to medical school so that males perform equally to females. This would at least help to equalise the sexes within the profession… It would save money (more working life years) . The last time NHSreality looked it up it cost minimum £250K to train a doctor.. and yet 30% of A&E docs are leaving…

But even more important is the short termism of the political “rules of the game” in a first past the post plebiscite where the financial imperative is for less than 5 years.. Dictators would do better… Rationing of places for our own and cynically taking those form overseas does not inspire loyalty.. It does encourage overseas doctors to come even if their s=training standards and communication skills are suspect, and fosters a managed cultural decline. (Prolonged cultural disintegration and fear are now a fact. New deal risks junior doctor ‘brain drain’… )

The Sunday Times carries an article by Dominic Lawson 29th November 2015: Junior Doctors invoke patient safety, but this is a strike all about money.

NHSreality says that on an “immediate basis” (the only one appreciated by politicians and the media) he is correct, and the BMA’s invidious and disingenuous argument on patient safety is nonsense. However, in the longer term this is about feeling valued, and being valued by the public…

Over 10 years, the solution is to train more of our own, but I have no short term solution other than paying up and accepting the junior doctors demands.. NHSreality wonders just how many will leave or retire or take a career break anyway.. NHSreality knows what it believes: what do politicians believe?

Here’s the rub: It’s about an exhausted, demoralised group of professionals who feel neither respected nor valued by their employer

Keep the moral high ground…. Do something but don’t go on strike. It’s the public support which matters..

Disconnected from reality the politics of health is in “sound bites”. Universities have perverse incentives to appoint students from overseas. Who will be the first party to address health honestly?

A new philosophy, what I believe: allow Trust Board members to use the language of rationing in media press releases