In the Times 17th July 2015 Laura Pitel, and Jenny Booth  report: ‘Get real’ and work at weekends, doctors told and “Doctors ordered to work at weekends”.… as if they don’t already. This is not the way to win hearts and minds. Improving safety needs a “buy in” by professionals. Scapegoating and denial, and causing antagonism are not the way to treat professionals.. but they might start a war. The problems of August changeover (August comes around again – don’t be ill this month) for trainees/juniors are well known to the profession, and an easy gain would be to change the changeover dates by 3 months. Mr Hunt is betraying how he does not understand the profession, the altruism that drives all new consultants, and the long term mismanagement of manpower planning. The Health services really do need to be de-politicised to win back the hearts and minds of the professionals…

Hospital consultants will be forced to work at weekends, the health secretary announced today as he opened a new front in his war with doctors.

Jeremy Hunt laid down an ultimatum to the doctors’ union, ordering it to discuss a radical overhaul of hours and pay or face having new terms imposed from on high.

He said that 6,000 patients die needlessly each year because of the lack of an adequate seven-day hospital service. Patients are 15 per cent more likely to die in hospital if admitted on a Sunday than if they go in on a Wednesday, he said.

In a stark message likely to provoke doctors, Mr Hunt told the British Medical Association that it has six weeks to negotiate. “I will not allow the BMA to be a roadblock to reforms that will save lives,” he said. “Be in no doubt: if we can’t negotiate, we are ready to impose a new contract.”

The BMA has previously told Mr Hunt to “get real” about seven-day working, but in his speech to The King’s Fund this morning, Mr Hunt accused BMA leaders of being out of touch with what their own members believed.

“I have yet to meet a consultant who would be happy for their own family to be admitted on a weekend, or would not prefer to get test results back more quickly for their own patients ,” said Mr Hunt.

“Hospitals like Northumbria that have instituted seven-day working have seen staff morale transformed as a result.”

He added that he expected the majority of hospital doctors to be on seven-day contracts by the end of this parliament in 2020.

“No doctors currently in service will be forced to move onto the new contracts, although we will end extortionate off-contract payments for those who continue to exercise their weekend opt-out,” he said.

He denied that the reforms were an attempt to claw money back from consultants’ pay, telling the BBC this morning that he thought that they would end up being “cost-neutral”.

Dr Mark Porter, the chairman of the BMA council, said today that many consultants already worked at weekends, and that the whole of the NHS needed to gear up for seven-day working, not just the most senior staff.

“Putting a doctor in is not going to solve the problem – you need the support services to go with it,” he told BBC Radio 4’s Today programme, adding that the NHS was too underfunded and understaffed to move to seven-day working.

A “truly seven-day NHS” was part of the Tory manifesto but it has triggered bitter exchanges with doctors.

Terms agreed in 2003 under the Labour government gave hospital consultants, who earn an average full-time equivalent of £118,000, the right to opt out of non-emergency work outside the hours of 7am to 7pm on weekdays.

Those who agree to work at night or over weekends can negotiate higher rates of pay. A 2012 report by the National Audit Office found that 71 per cent of doctors struck local deals for these shifts, earning up to £200 an hour.

Mr Hunt has tried before to redraw consultants’ contracts but talks collapsed in 2014 after the BMA warned that the plans threatened patient safety by failing to guard against excessive working hours. The BMA also raised questions about how the new system would be funded.

Mr Hunt returned to battle today with a warning that thousands die every year due to a lack of senior doctors who can oversee emergency care and interpret tests and scans. “No one could possibly say that this was a system built around the needs of patients,” he said. “And yet when I pointed this out to the BMA they told me to ‘get real’. I simply say to the doctors’ union that I can give them 6,000 reasons why they, not I, need to ‘get real’.”

While ministers are powerless to change the terms of existing contracts, the government can force an arrangement on new consultants and Mr Hunt made clear that he is willing to do so if the BMA does not co-operate.

The proposed deal would remove the opt-out of weekend working by April 2017 and shake up pay incentives, with rewards for performance rather than years of service. The existing model for compensating doctors who work antisocial hours would be replaced with a system of variable allowances based on the demands of a doctor’s job plan.

Whitehall sources suggested that this new pay model would encourage many existing consultants, particularly those in A&E units or obstetrics wards, to move over to the new contract. They said that the government hoped that half of all hospital doctors would be on the new deal by 2020. They insisted that the aim of the reforms was not to increase the numbers of hours worked by individual doctors, adding that these should remain within safe limits.

Dr Porter has accused politicians of peddling “lazy caricatures” in pursuit of easy headlines. Last month he said that senior doctors were delivering 24-hour emergency care despite inadequate funding. He warned that the biggest danger to patients was an NHS budget shortfall, expected to reach £22 billion by 2021, and questioned whether weekend and evening services should be the priority against this backdrop.

Sir, A costly “one size fits all” solution may not be the best way to avoid 6,000 unnecessary weekend deaths in the NHS (report, July 16, letters and leading article, July 17). It is unlikely that such deaths are evenly distributed across all hospitals. If that is the case, problem hospitals should be identified for intensive correction.

Sadly, as every experienced hospital doctor knows, expertise, leadership and collegiate practice are not evenly distributed. As a workplace, some hospitals are much more desirable than others. That is one of the tragedies of the NHS.

Sir, Your leader implies that hospital doctors can opt out of weekend working. This is misleading. I was a consultant from 1989 to 2014, and can assure you that none of us can opt out. This paragraph in the 2003 contract relates only to non-emergency work. Almost all acute hospitals already have seven-day consultant ward rounds, but scans and operating space remain in short supply.

Sir, Your headline “Get real and work weekends, doctors told” inspired me to go and do just that. Just as I have done for the past 18 years.

The contract that lays out the terms for hospital consultants was drawn up in 2003, when John Reid was the Labour health secretary.

His predecessor, Alan Milburn, wanted to extend their standard hours to include evenings and weekends, triggering threats of the first BMA strike in 30 years. Mr Reid settled for 7am to 7pm, Monday to Friday. It included an opt-out for non-emergency weekend work.

Margaret Hodge, the former chairwoman of the public accounts committee, said in 2013 that the deal had been a “missed opportunity” to improve performance and provide value for money. 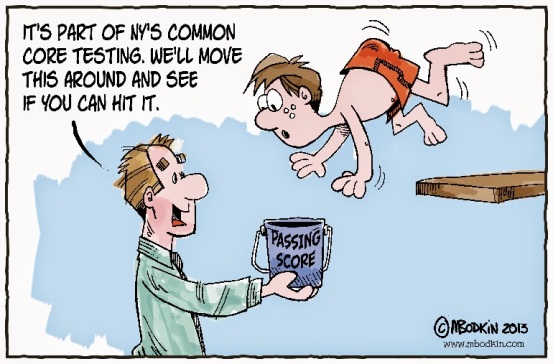