The Post-code lottery in Stroke Management is significant. Outcomes can vary greatly if you happen to live in a remote area or cannot attend a Stroke Unit quickly.

Chris Smith reports December 18th in The Times: Four in ten stroke patients don’t get specialist treatment in time (which means 60% do have access. Remarkable since stroke units have only been recognised for 5 years or so). It a pity he paints this as bad when it should be good news. How Regions like Wales and Scotland will make further in-roads and progress is uncertain, without helicopters and infrastructure. I suspect  that the definition of a “stroke” unit will be flexed… to be more like your DGH ward! But will it have the psychologist, intensive physio and speech therapy etc.?)Stroke patients face a postcode lottery in treatment, with people in a third of the country unlikely to get the latest life-saving treatments in time. In some areas only a fifth of patients are taken to a specialist stroke unit within four hours, even though this increases their chances of survival and recovery. 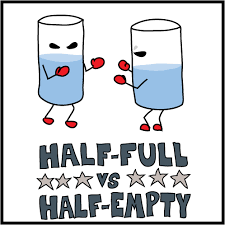 Across the country, 40 per cent of the 68,800 patients admitted to hospital after a stroke did not get to a specialist unit within four hours. In Kidderminster, Worcestershire, only 22 per cent received specialist care within four hours, compared with 85 per cent in Hillingdon in west London, where stroke care has been centralised.

In 71 of England’s 211 local health areas, less than 55 per cent of patients were treated within the four-hour window, data from the Health and Social Care Information Centre showed.

Since London centralised stroke care four years ago, hundreds of lives have been saved, a study in August found. Professor Naomi Fulop, of University College London, the author of that research, said: “Given what we know about the link between organised stroke care and lower mortality, people in other areas should be pressing for access to this sort of care.”

Nikki Hill, of the Stroke Association, said: “There is still an unacceptable level of variation in different parts of England . . . evidence shows people treated on stroke units are more likely to have access to life-saving drugs, better care and make better recoveries.”

(So what about Wales and Scotland – not in the English NHS! And no comparisons available,….)

…Madina Kara, a neuroscientist at the Stroke Association, said that understanding the warning signs could help to save lives. Every year more than 152,000 people in Britain have a stroke, and 50,000 die. “This latest study suggests that patients who complain of memory lapses could be at greater risk of having a stroke. In addition, the results indicate that people with a higher level of education who had memory complaints could be at increased risk of stroke,” she said …

Scholarly articles for stroke units an evidence based approach

My Health London describes Setting the gold standard for stroke

1: 10 of us with stroke or hip replacement will be readmitted! NHS fails to stop sending home sick patients

Specialisation: Hundreds of lives a year could be saved by closure of local hospital stroke units

Stroke care in Wales could be significantly improved says report