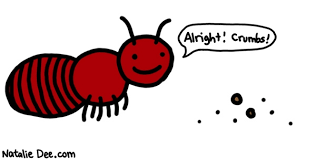 Mental Health is the Cinderella of the NHS,” says the clinical psychologist Tanya Byron. Left to live off the crumbs, every now and again a fairy godmother comes along, but it never goes to the ball.Only two years ago, the Government promised “parity of esteem” for mental health with physical health. But Sir SimonWessely, President of the Royal College of Psychiatrists is less optimistic. “The only promise I believe is from Simon Stevens who told me we will have ‘parity of misery’. I think we are entering another few years of austerity.”Mental Health Trusts have lost £250 million in funding since 2012, with the six leading mental health charities warning these funding cuts,“will put lives at risk”. They have 3,640 fewer nurses and 213 fewer doctors than in 2010 and 1,700 beds have been closed.

The first annual report by the NHS’s Health and Social Care Information Centre revealed that fewer than half of the patients who sought NHS help last year for anxiety and depression received therapy.

…Nick Clegg, devoted his party conference speech to the theme saying that by next April patients needing talking therapies will be guaranteed treatment with a maximum of 18 weeks.

Sir Simon Wessely is pleased the parties are finally taking the issue seriously, “It was brave of Nick Clegg, there aren’t many votes in it.

“We get good vibes from the top but the truth is the majority of people with mental health problems aren’t in treatment, unlike those with diabetes or cancer. My own hospital – the Maudsley – has seen reductions of 30 per cent in its budget since 2010. Four young trainees recently wrote about spending 90 hours trying to get a traumatised adolescent a bed.” He can’t deny that the public could now also be at greater risk.

“Psychiatrists are in the business of risk management – our job is balancing the health and freedom of the individual against the risk to others – and it makes managing risk harder when there is less money.”

One of the worst aspects of Psychiatric care is that talking therapies have been added to the 50 million prescriptions per year, rather than replaced them. It would be rationing overtly to say that mild or moderately depressed patients “HAD” to have talking therapies first…. Another problem is the Friday afternoon virtual closure of units…

Concern over number of girls admitted to hospital for stress

GPs on the press/media rack. The Balint approach.

A new philosophy, what I believe: allow Trust Board members to use the language of rationing in media press releases

1 thought on “Mental health still surviving on the crumbs”